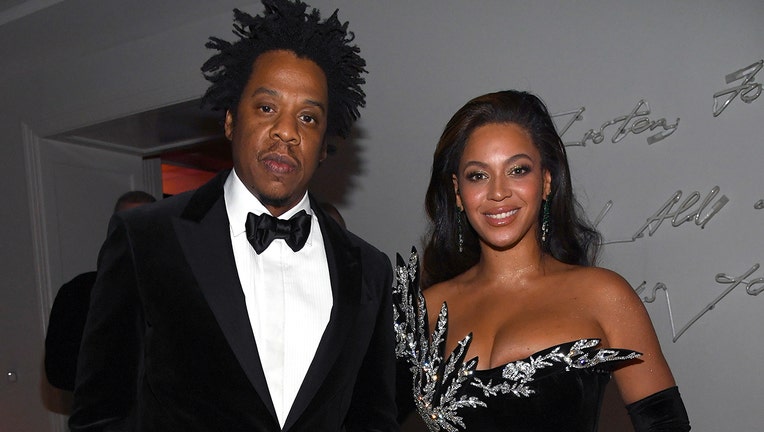 The pair attended the game with their daughter Blue Ivy, who also stayed in her seat, according to TMZ.

In images obtained by the outlet, the musical family can be seen sitting during the performance while others stood.

Jay-Z's entertainment company Roc Nation holds a partnership with the NFL, giving him a say in what artists perform at major NFL events — including the Super Bowl.

After the song, DJ Khaled stopped by and spoke with Jay-Z, which was also seen in TMZ's photos.

Jay-Z recently spoke to The New York Times about his partnership with the NFL, insisting that it was not made for economic gain, but to promote education surrounding social justice.

Related: As the Super Bowl in Miami ends, Tampa prepares to play host in 2021

“As long as real people are being hurt and marginalized and losing family members, then yes, I can take a couple rounds of negative press,” he said of the backlash received for the partnership, which some say as a betrayal of Colin Kaepernick and his protests within the NFL.

“No one is saying he hasn’t been done wrong. He was done wrong,” Jay-Z said. “I would understand if it was three months ago. But it was three years ago and someone needs to say, ‘What do we do now?' Because people are still dying."