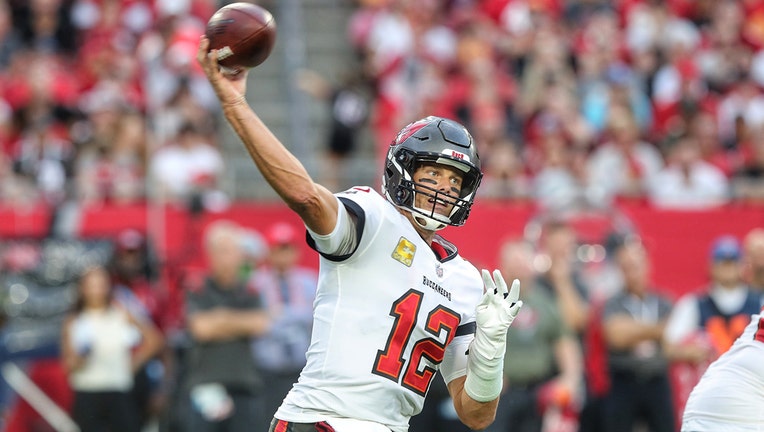 TAMPA, Fla. - Tom Brady became the first player in NFL history to throw for more than 100,000 yards, surpassing the milestone on a 15-yard completion to Leonard Fournette during the fourth quarter of Sunday’s game between the Tampa Bay Buccaneers and Los Angeles Rams.

The league’s career passing leader entered the matchup of the past two Super Bowl champions needing 164 yards to reach a plateau the 45-year-old quarterback concedes no one would have imagined possible for him to achieve when he entered the NFL as a sixth-round draft pick in 2000.

Brady, who has won seven Super Bowls and owns nearly every meaningful league passing record, went over 100,000 yards in his 374th career game, including the playoffs.

She was a Patriots fan long before Tom Brady came to New England, but when he came to Tampa, this Pasco County woman became a super fan.

"For me, it’s a credit to all the guys that I’ve played with, who have blocked for me, have caught passes," Brady said last Thursday. "I can’t do (anything) in this league without guys doing what they’re amazing at, too."

"They’re great achievements," he added. "But as much as people want to say: 'Oh, this is what Tom Brady did.’ In my mind, this is what myself and all these other people that have contributed to my life have done as well."