TARPON SPRINGS, Fla. - A drunk-driving suspect has now been charged with murder after Wednesday's crash that killed a Pinellas County deputy.

Pinellas County Sheriff Bob Gualtieri said Deputy Michael Magli gave his life while trying to save others from a reckless and suspected drunk driver, identified as 33-year-old Robert Allen Holzaepfel.

Magli is the first deputy at the Pinellas County Sheriff's Office to be killed in the line of duty. 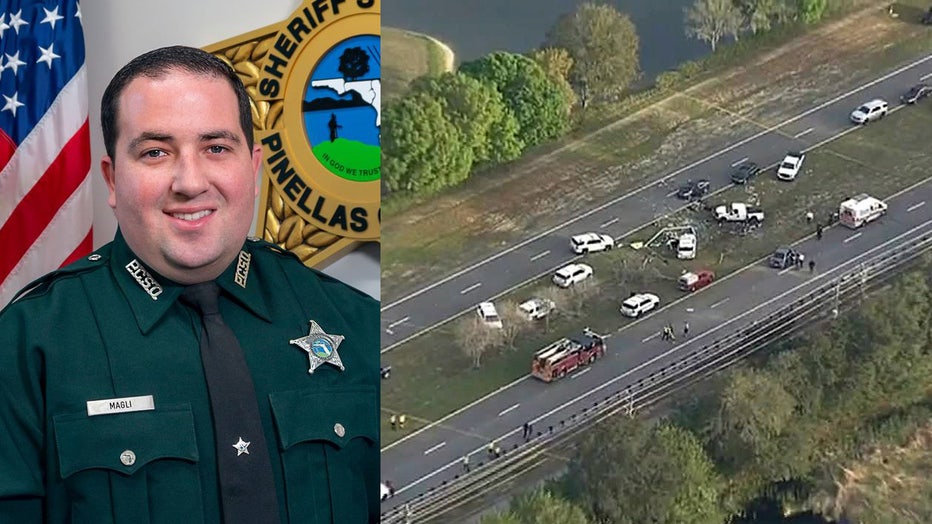 "To say it’s a tragedy is an understatement," the sheriff said Wednesday. "There are no words to make sense of it."

Around 4:25 p.m. Wednesday, the sheriff’s office said Pinellas County first responders received a report about a person "passed out" in their vehicle near Forelock Road. East Lake Fire Rescue responded and found Holzaepfel, who appeared to be unconscious in a white pickup truck. The crews broke the window to get him out, but, as they did, the man woke up and sped off.

Sheriff Bob Gualtieri said Deputy Michael Magli was hit by a suspect who was driving recklessly. Magli had deployed stop sticks to get the suspect's vehicle to stop.

A deputy tried to pull Holzaepfel over but the suspect jumped the median, made a U-turn and headed in the opposite direction, Sheriff Gualtieri explained.

Deputy Magli spotted the suspect on East Lake Road and tried to put out stop sticks to deflate his tires. As he exited his squad car to do that, the sheriff said Holzaepfel lost control, spun out, flipped his vehicle, and slammed into Deputy Magli.

Magli was pinned under the truck, and did not survive. He is survived by a wife and two children, and his mother and father.

The sheriff said Holzaepfel was intoxicated when deputies arrested him, noting the suspect was driving on a suspended license, was on probation, and had 16 prior felony convictions on his record. 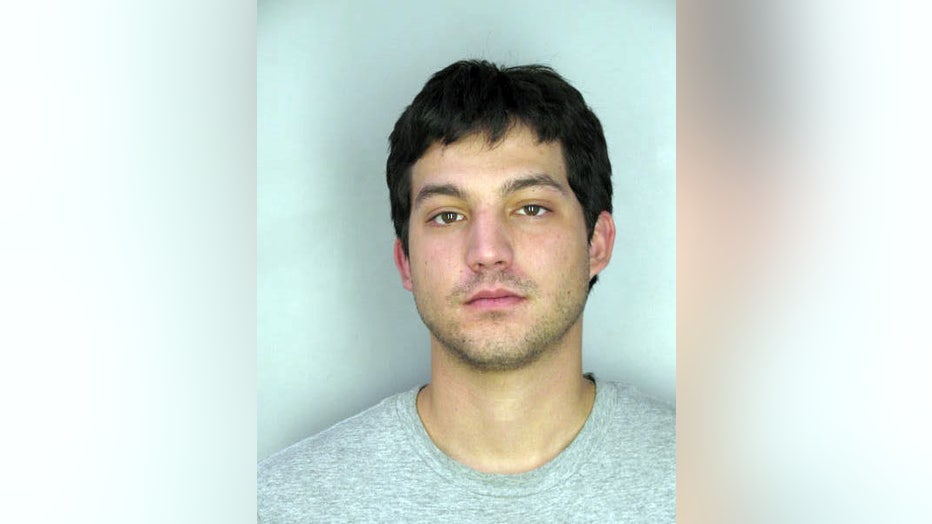 Court records show he was arrested for DUI in Manatee County in 2014. His two breath sample results were 0.248 and 0.252. The legal limit in Florida is 0.08. His Pinellas County jail record shows he has a Bradenton address.

In Holzaepfel's affidavit, the arresting deputy wrote, "The defendant's main concern was whether the U.S. Coast Guard would still accept him."

Holzaepfel is being held without bond. 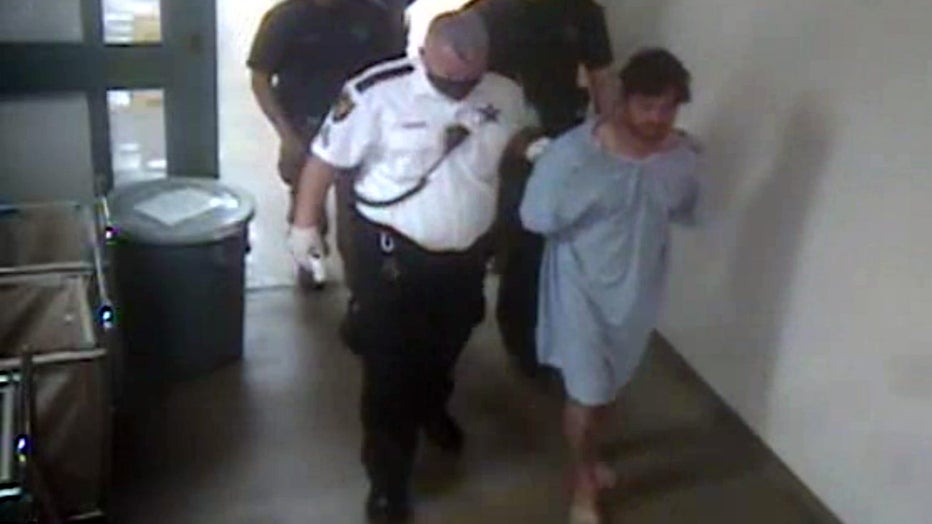 The sheriff's office said there will be a procession for Magli at 3 p.m. this afternoon from the Medical Examiner's office in Largo to the Thomas B. Dobies Funeral Home in Holiday.

The procession will begin at 10900 Ulmerton Road and travel eastbound, then north on US Highway 19, then east on Bartelt Road to the funeral home. Traffic delays are expected between 3 p.m. and 4:30 p.m. 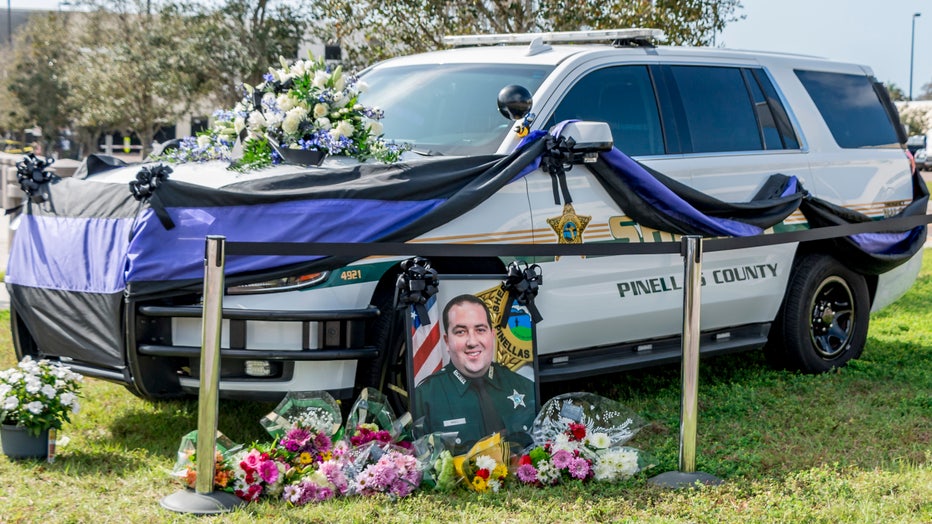 Members of the public who would like to observe the procession are asked to do so on US-19, staying north of Republic Drive and on the east side of the road.

This is the second deputy in the Tampa Bay area to be killed in the line of duty this year. Last month, Hillsborough County Deputy Brian LaVigne was killed when a suspect deliberately crashed into his cruiser. He was one shift away from retirement.

LaVigne was posthumously promoted to the rank of sergeant.