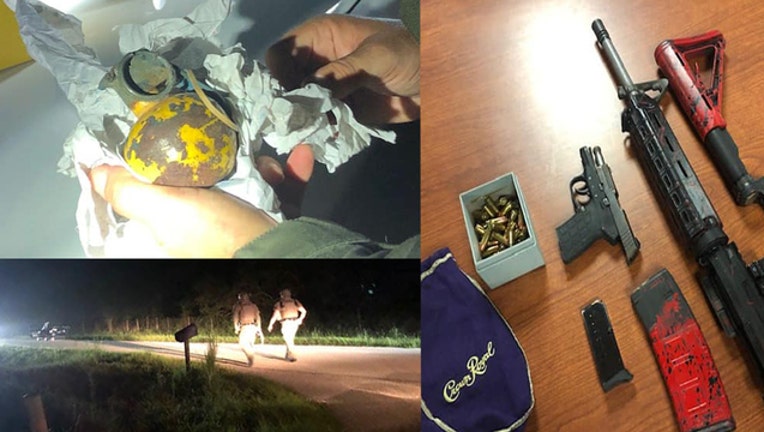 ARCADIA, Fla. (AP) - A Florida man is in custody after telling narcotics officers during a traffic stop that he had a live grenade.

The DeSoto County Sheriff's Office called in a bomb squad from a neighboring county to disarm the explosive after taking Donald Reid Jr. into custody on Saturday.

Reid was arrested and charged with multiple counts of possession of firearms and ammunition by a convicted felon.

Photos posted by the sheriff's office on Facebook showed a cache of weapons, including a pistol, rifle and what the authorities described as an M67 grenade.

When deputies approached the vehicle, Reid said he had a grenade, with its pin in place, inside his vehicle. He told the deputies it was "live."