Meteorologist Jim weber has the latest on Beta and other potential hot spots.

The southeast portion of Texas is expected to experience coastal flooding, tropical storm force winds and period of fast-moving showers and thunderstorms.

"This is not going to be a wind maker it's going to be a rain maker as it moves west and then kind of bumps up against the coast and runs up in Galveston and southwest Louisiana before it turns into a remnant low," explained FOX 13's meteorologist Dave Osterberg. 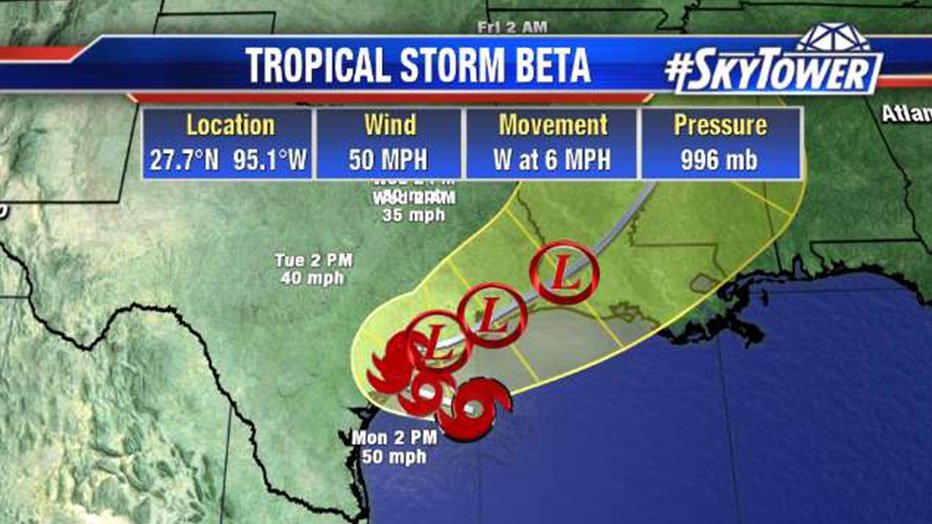 For the Tampa Bay area, Beta won't be an issue.

"Now for us, no impacts on our area," Osterberg said. "This will all be rain for southeast Texas and southwest Louisiana." 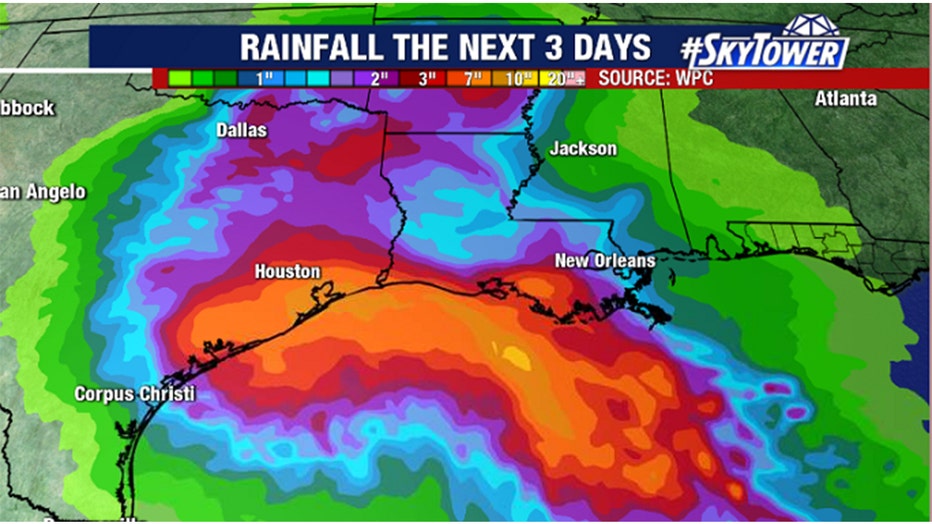 Beta became the 9th named storm to make landfall in the continental U.S. this season. This will tie the record from 1916. The 2020 season continues to break records left and right.

Meanwhile, Hurricane Teddy continues to head north. A tropical storm watch is in effect for parts of Nova Scotia. It's projected to move east of Bermuda Monday. According to the National Hurricane Center, dangerous rip currents forecast along western Atlantic beaches for several days. 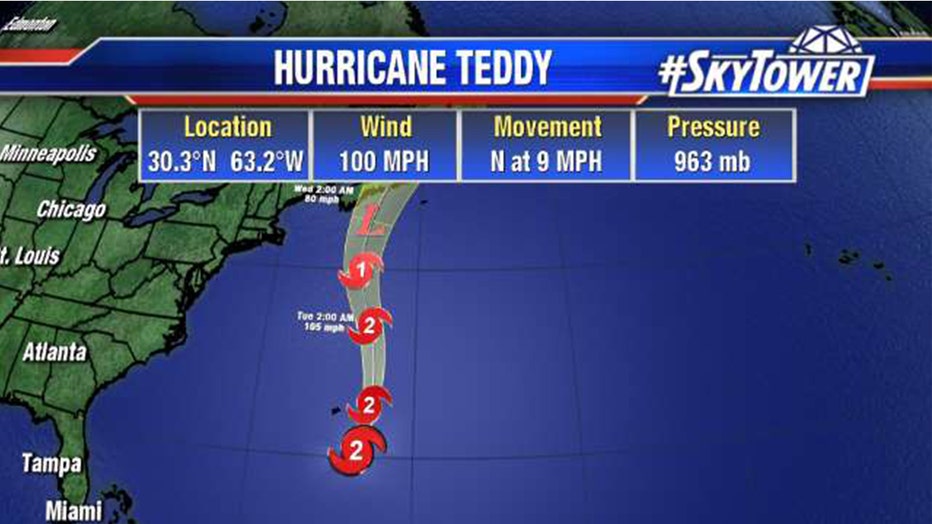 The remnants of Wilfred dissipated Sunday. The storm formed last week, becoming the earliest 21st named storm on record. Wilfred formed about three weeks earlier than Vince did back in 2005.

With Wilfred's formation, the NHC officially ran out of names, and moved onto the Greek alphabet, which were decide by the World Meteorological Organization. Already, Alpha and Beta formed.

This year is only the second time the Greek alphabet has been used to name storms. The first time was back during the 2005 hurricane season. The last named storm that year was Zeta.

Generally speaking, it looks like things will quiet down a bit for the rest of the month in terms of the tropics. Remember though, October can always be a dangerous time of season with ‘homegrown’ tropical development leaving minimal time for preparation. Stay prepared.