TAMPA, Fla. - The 2020 hurricane season is not over yet. Tropical Depression 27 formed in the Atlantic Ocean this morning and has already strengthened into a tropical storm.

After watching the area of low pressure for several days, National Hurricane Center forecasters said Monday morning that it had become organized enough to become a tropical depression. By 11 a.m., it had grown into a tropical storm with winds of 40 mph.

Forecasters expect Epsilon to continue strengthening, becoming a hurricane by the end of the week, turning to the northwest in the process. There is no immediate threat to the U.S., but the NHC says residents in Bermuda should keep a close eye on its progress.

The busy hurricane season is one storm short of tying the record for the most named storms on record. The 2005 season ended with Tropical Storm Zeta, which is next on the list of Greek names. 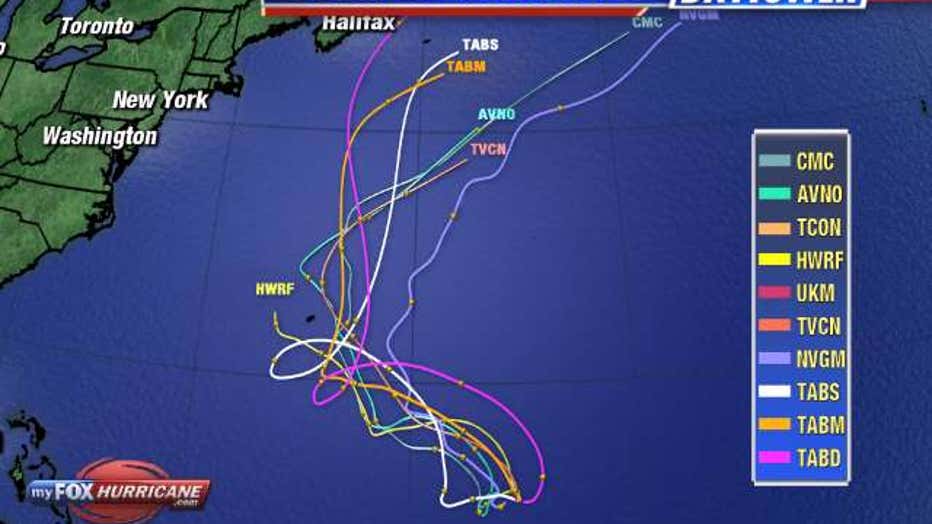 Meanwhile, forecasters have stopped watching a separate area of low interest in the Caribbean.