Driver takes off after crashing into carport

Home surveillance video shows a truck with a covered bed racing away from the scene. Police are now looking for the vehicle and driver.

LAKELAND, Fla. - It was the wake-up call of a lifetime -- one that a Lakeland couple never wants to get again.

Larry and Jeanie Everhart were fast asleep in their home on Handley Blvd. around 2 a.m. Saturday when they heard a horrific crash outside.

When they peeked out of the house, they couldn’t believe what they saw.

All three of their cars, including Jeanie’s sentimental favorite, a convertible Miata, given to her by her former husband right before he died of cancer, had been hit.

One of the vehicles had been pushed right through their laundry room wall.

Home surveillance video shows what appears to be a Ford truck with a covered bed racing away from the scene. Chips of paint left in the Everhart’s driveway indicate the truck is dark blue. 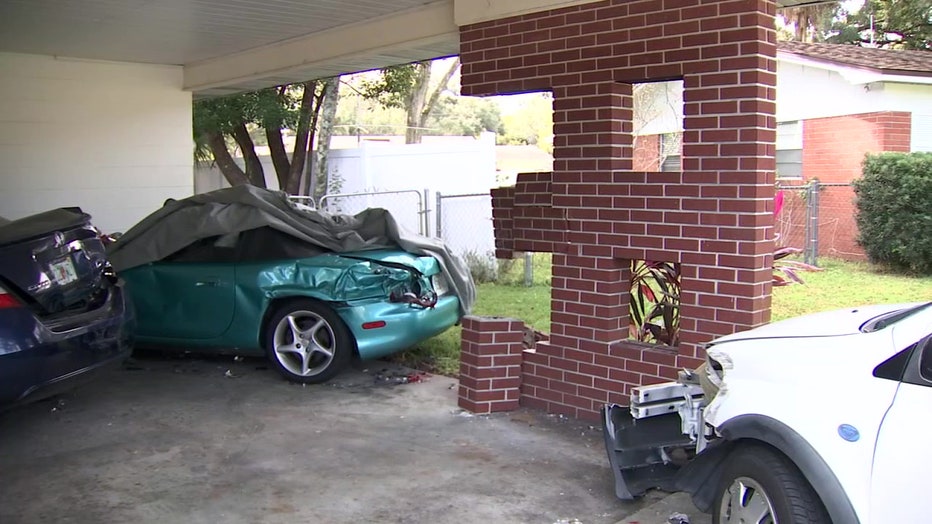 Police are now looking for a vehicle fitting that description with front-end damage.

“It’s hard to believe that there is someone like that in our midst, who probably lives very close to here,” offered Larry.

“We’re really hoping they have thought about it, and come forward and do the right thing, and let us know who they are,” added Robin Tillett, spokesperson for the Lakeland Police Department.