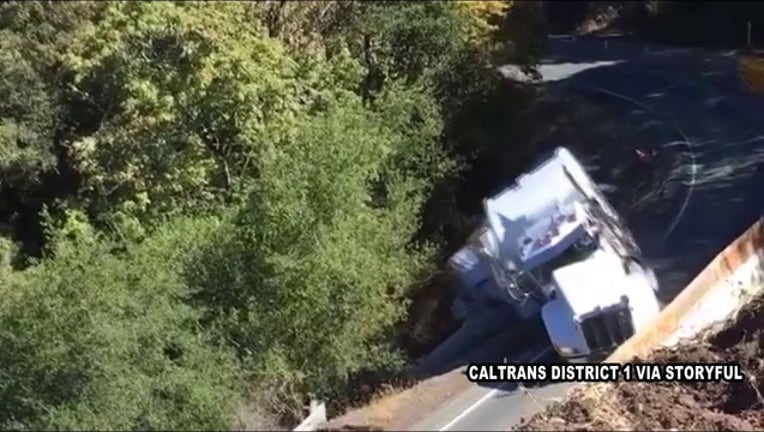 (STORYFUL) - A truck that was too long for a street curve fell over a guardrail on California’s Highway 175.

The California Department of Transportation District 1 reported the incident and video with a warning that the road was unsafe for vehicles over 39 feet in length.

The department said the truck was trying to pass through a one-lane section of highway where a retaining wall was being built. Apparently long vehicles sometimes get stuck trying to drive through, “but other end up going over the embankment,” said a representative from the Department.

Officials also say the driver from the video was not injured during the fall.