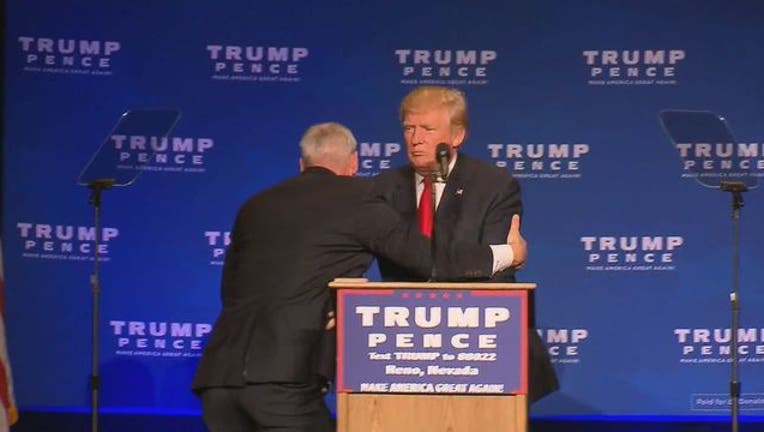 RENO, Nev. (FOX NEWS) - Donald Trump was rushed off stage by the Secret Service during a rally in Nevada but returned within minutes.

The Republican nominee had been speaking to supporters in Reno for a while when a disturbance broke out in the crowd close to the podium.

The nature of the disturbance was unclear. But several security officials escorted a man out of the venue soon afterward.