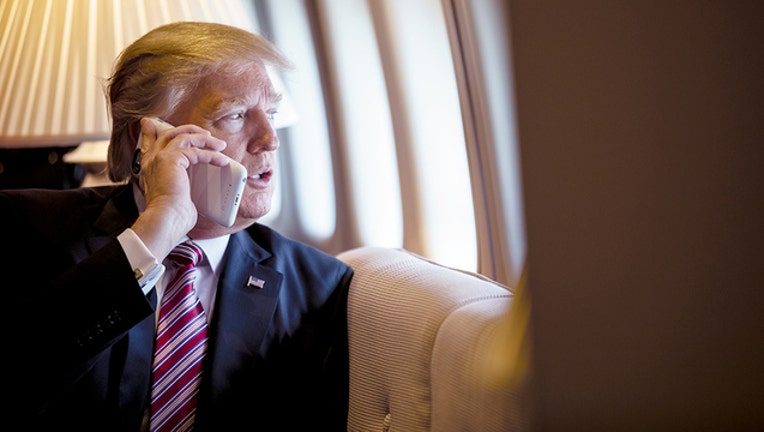 President Donald Trump talks on the phone aboard Air Force One during a flight to Philadelphia, Pennsylvania, to address a joint gathering of House and Senate Republicans, Thursday, January 26, 2017. (Official White House Photo by Shealah Craighead)

Trump says in an interview Friday with reporters aboard Air Force One that he believes the opinion piece critical of his leadership is a "national security" issue.

Asked if he would take any action against the Times, Trump says "we're going to see, I'm looking at that right now."

Adds Trump: "We're going to take a look at what he had, what he gave, what he's talking about also where he is right now."

Trump says if the person had a high-level security clearance, "I don't want him in those meetings."

Trump reiterated that it was a "disgrace" that the Times would publish the piece.