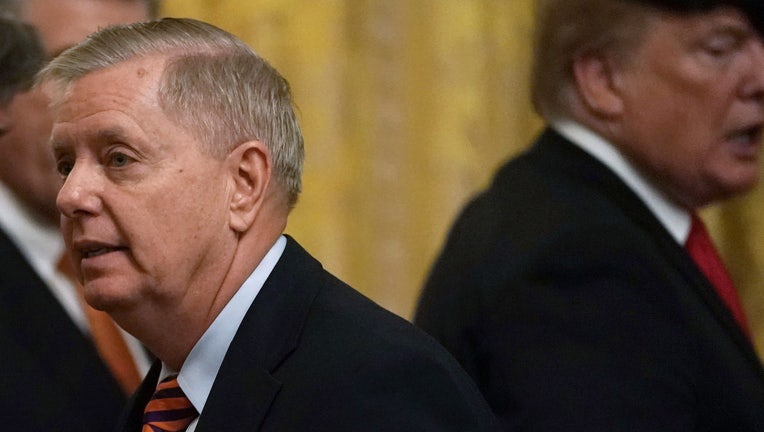 WASHINGTON - Republican Sen. Lindsey Graham says he thinks President Donald Trump should attend President-elect Joe Biden’s inauguration because it would be “good for the country.”

The South Carolina senator said he spoke with the president over the weekend and encouraged him to pursue his legal challenges to the election results.

Graham said Monday: “He’s going to fight for every vote and push systems to get better and I said, ‘Keep it up.'”

But Graham says after the Electoral College formally confirms Biden as president-elect on Dec. 14, Trump should agree to attend the new president's inauguration.

“I think it’s good for the country, would be good for him,” Graham said. “We’ll know in December. I hope Biden would come to his.”