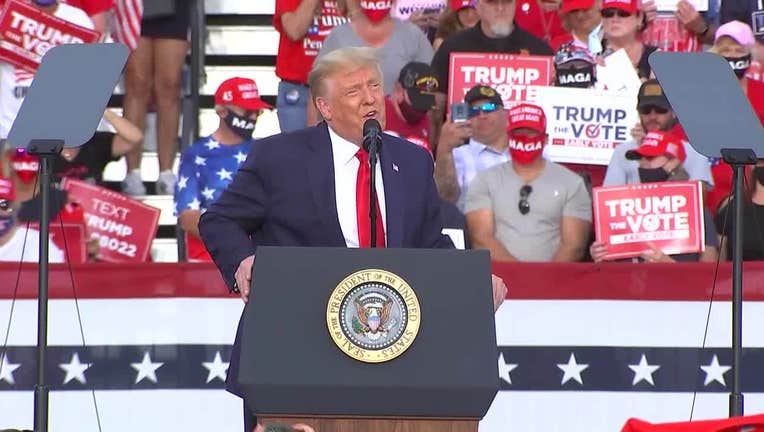 The Save America rally, which representatives also called "45 Fest," will be at the Sarasota Fairgrounds on Saturday, July 3. The event is co-sponsored by the Republican Party of Florida.

The former president says the rally is in "further support of the MAGA agenda and accomplishments of his administration."

Trump will make remarks at the end of a full day of events. A fireworks show will conclude the event.

The Sarasota Fairgrounds is located at 3000 Ringling Blvd. The event begins at 2 p.m. and the former president is expected to speak at 8 p,m.