4 hospitalized in deadly I-75 crash

SARASOTA, Fla. - Two people were killed and four others hospitalized in a crash on Interstate 75 in Manatee County involving seven vehicles and two tractor-trailers.

The Florida Highway Patrol says the crash happened just after 1 p.m. in the southbound lanes of I-75, at mile marker 213/University Parkway.

All southbound lanes of the interstate were closed for hours and traffic was being rerouted off the interstate at University Parkway. However, cars were backed up for miles long into the evening. 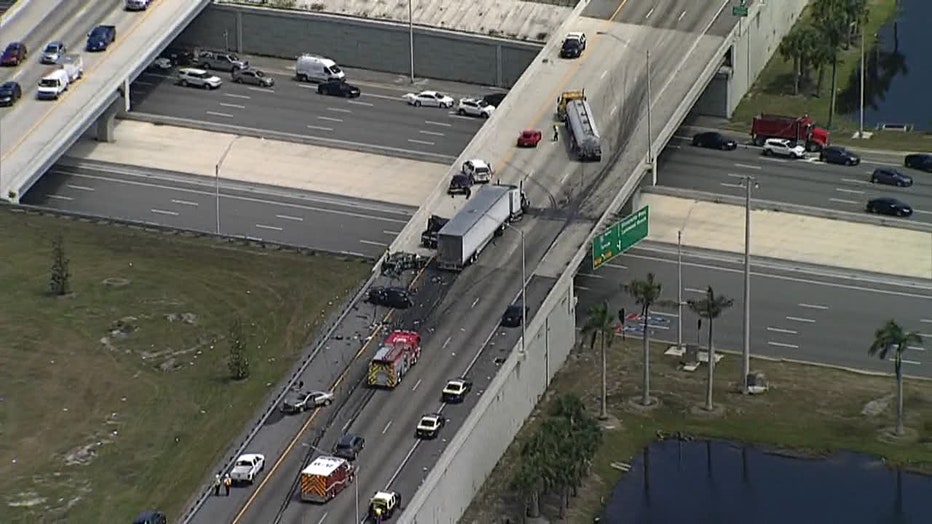 Florida Highway Patrol troopers say it appears the crash started when an RV trailer being pulled by an SUV began to swerve. The driver of the SUV, an 80-year-old man, lost control and the RV trailer overturned.

It happened just beyond the crest of an overpass and troopers say oncoming traffic did not have time to slow down. The chain reaction that followed took two lives and severely injured four more.