SARASOTA, Fla. - Stepping foot into her new home, Erica Coleman and her three teenage children have a place to call their own.

"I love it," she responded.

Habitat for Humanity Sarasota helped Erica purchase and finance the home. A single mom, she's worked multiple jobs six days a week to provide for her family. Her actions caught the attention of Warrick Dunn Charities.

"We try to put an emphasis and provide things in supporting them achieve their dreams and goals. We want to push them but we also want them to be good citizens," said Dunn, the former Tampa Bay Buccaneer.

Details in each home are hand-picked, based on families' interests and likes.

Warrick Dunn gives $5,000 for down payment assistance and Aarons donated $10,000 worth of home furnishings. 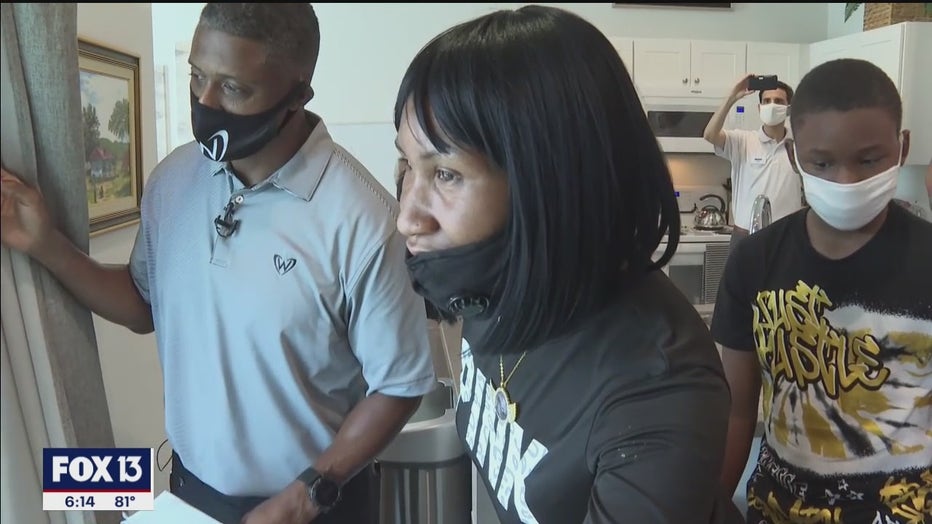 Since 1997, the former running back has worked to give families a hand up in honor of his mother.

"For me, it’s always those life-changing moments," he said.

In 1993, days before his 18th birthday, Dunn's mother, a Baton Rouge police officer, was shot and killed during a robbery. Dunn was left to raise his five younger siblings.

"That's really what keeps me going. I wish we could have had something like this. My mom would probably still be here," he said.

On Tuesday morning, Dunn gave the keys to new homes to two single mothers. They're now neighbors and have worked hard for the moment.

"It's a blessing for everybody everything he did. I couldn’t express. I thank God for people who come out and do things like he did," said Coleman.