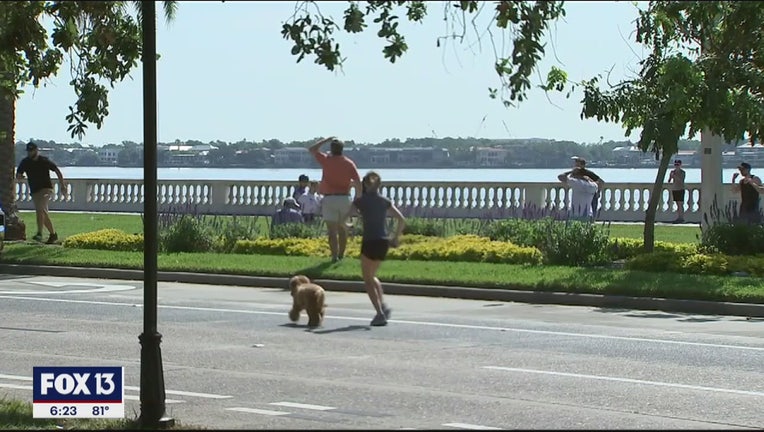 Bystanders rushed to help after the crash

TAMPA, Fla. - A FOX 13 News camera captured the last image of the motorcyclist who killed Tampa attorney Hal Flowers as he rode his bicycle through a crosswalk on Bayshore Boulevard.

Russell Olinger witnessed the crash and said he remembers seeing three motorcyclists speeding back and forth in the area, just before the crash.

“The three more motorcycles were kind of leapfrogging, speeding, and you could hear them revving their engines just as they came across Howard [Avenue],” said Olinger.

The motorcyclist who caused the crash did not survive his injuries. Moments after it happened, FOX 13's video shows two other motorcyclists pull up.

Now Tampa police are investigating to see if those two riders should face criminal charges.

PREVIOUS: 2 dead after motorcycle and bicycle collide on Bayshore Blvd.

Hillsborough State Attorney Andrew Warren says there are a few factors to consider. 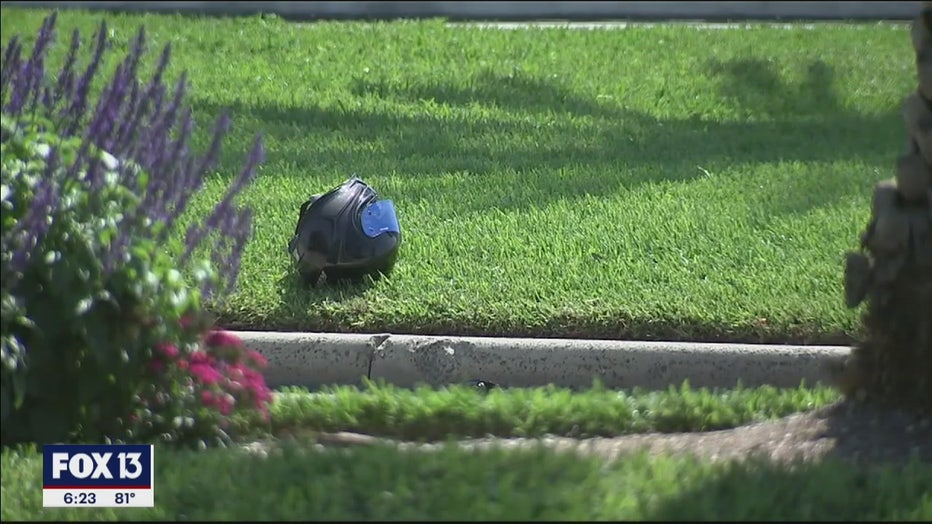 “We’re still working closely with TPD. They have been interviewing witnesses and pulling video footage to see if there’s anything to connect what appears to be this remote accident to the other motorcyclists who were driving with this individual beforehand,” explained Warren.

This case is eerily similar to a deadly crash on Bayshore nearly two years ago that killed a mother and her baby.

Investigators say two teen drivers were racing, but only one collided with the victims. However, both teen drivers and passengers face criminal charges.

Attorney Dino Michaels, who is not connected to either case, says prosecutors would need to prove that the two motorcycle riders encouraged or helped cause the crash by racing or driving in a reckless manner.

“To be a race, it doesn’t have to be a checkered flag and a start line and finish line. You can start a race by making hand signals or revving your engines,” said Michaels.

He added, if the three riders were racing in concert just before the crash, they could be held responsible. But that’s a big 'if.'

Warren says his office is waiting for toxicology reports on the deceased motorcyclist. The investigation could take a few more weeks to conclude.