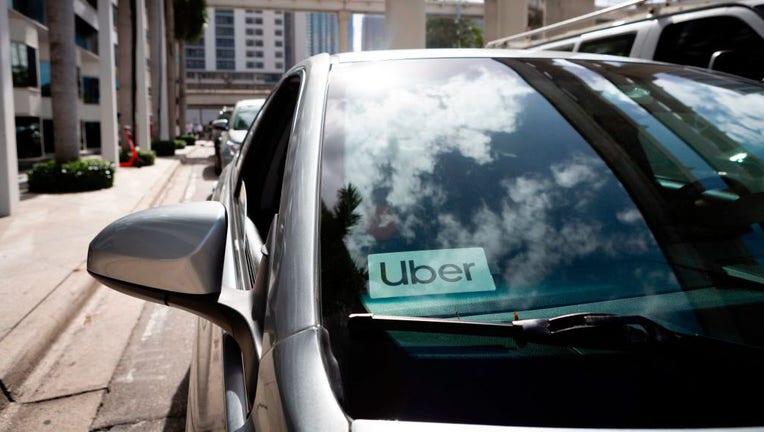 FILE - An Uber sticker is seen on a car windshield on the street in downtown Miami on January 9, 2020. (Photo by EVA MARIE UZCATEGUI/AFP via Getty Images)

Uber is preparing for a busy summer travel season by expanding its ride reservation feature to a total of 55 airports worldwide, including 39 airports in the United States.

Uber Reserve allows users to book rides up to 30 days in advance and will automatically adjust reservation times based on flight information to ensure drivers are waiting at the airport when a flight lands.

Drivers will wait up to 60 minutes at no additional charge.

The feature will also roll out to airports in Canada, Europe, the Middle East and Africa in cities including Montreal; Vancouver; Bologna, Milan and Rome, Italy; Cape Town and Johannesburg, South Africa; and Nice and Paris.

Bob Barnes spoke with FOX Television Stations about his journey across America.

"As more people take to the skies, we know the airport travel experience can feel stressful and out of your control," Andy Jeninga, Uber's general manager of airport operations, said in a statement. "At Uber, we’re committed to providing easy solutions for our riders to help them get where they need to be as efficiently, and safely as possible."

According to Uber's internal data, tourists are flooding back to European hotspots, with rides from U.S. guests already up nearly 500% year over year. Spain, France, Greece and Italy rank as the top countries that have seen the most rides from U.S. travelers.

The update to the Reserve feature comes as the company recently unveiled a slew of new mobility and delivery features at its Go/Get product event in May.

Uber Travel will automatically import flight and hotel itineraries to the Uber app from a linked Gmail account to keep everything in one place. Users can get 10% Uber Cash back for each ride they reserve through Uber Travel.

The company also offers a $9.99 per month membership called Uber One, which provides member-only pricing, a 5% discount on rides, deliveries and pickup orders, no delivery fees and access to top-rated drivers. Other features include Uber Comfort Electric, autonomous deliveries and Uber Eats at Stadiums.