Beloved nun remembered for her service

CARROLLWOOD, Fla. - This is ordinarily the time of year Sister Irene Onyai would make her trips to St. Paul Catholic Church.

Her people were children, girls living in the Ugandan bush, who were especially threatened by sexual violence perpetrated by rebel groups.

She dedicated a ministry to serving them in Uganda, called the World of Princesses Ministry, after learning communications and broadcasting 20 years ago in Tampa Bay.

"Although nuns are not able to be married or have children, her heart was bigger than life," said Barbara Gray of St. Paul Catholic Church in Carrollwood. "She protected those children. She loved those children, she wanted them to succeed in life." 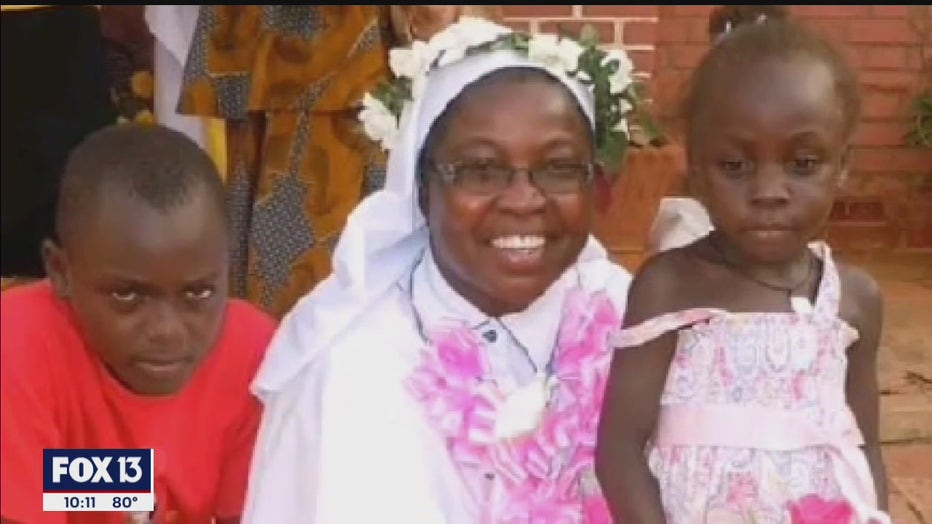 She came back every summer, for months at a time, to raise money.

"The last time I spoke to her was in July," said Eliza Kenyon, who often hosted her at her home. "She was so worried something would happen. We were at the time, in Florida, the epicenter."

Instead, she tested positive for COVID-19 in Uganda on September 2. She died two days later at 56.

"It hit me like a ton of bricks," said Gray. "I never ever thought being so young I would lose her so quickly."

As some friends wore Ugandan dresses at St. Paul's, they held a mass for her at church. 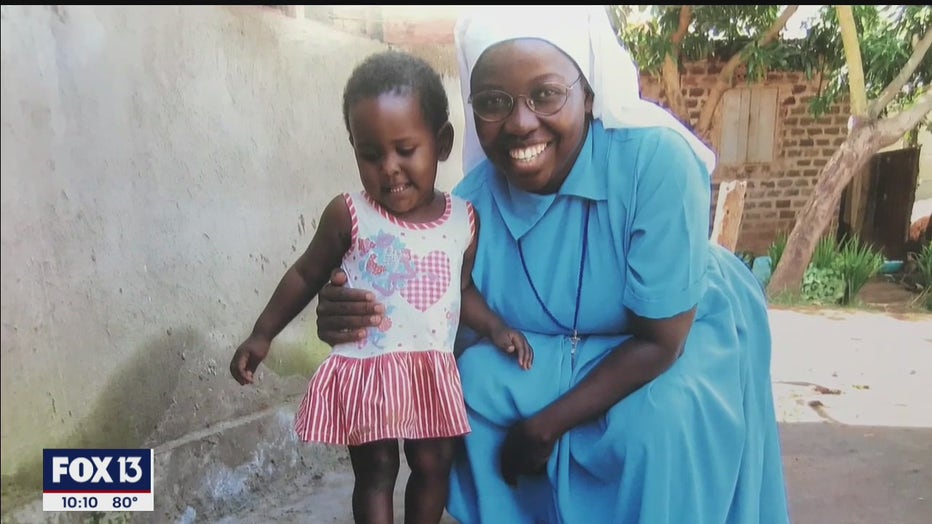 "I can not believe that she is not here with us anymore," said Gray.

As sad as they are here in Tampa Bay, it's nothing compared to the loss those kids will feel in Uganda. That's saying something for Sister Irene.