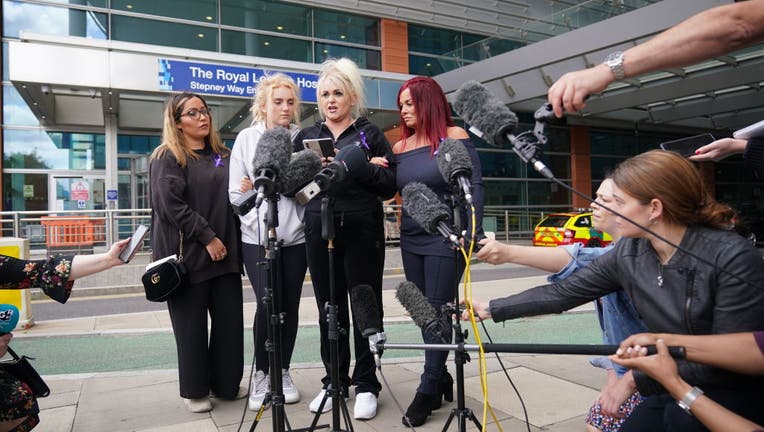 Archie Battersbee's mother, Hollie Dance, (centre-right) speaking outside the Royal London Hospital in Whitechapel, east London, after the High Court judgement on the future of the 12-year-old boy at the centre of a life-support treatment dispute aft

LONDON (AP) - A 12-year-old boy who had been in a coma for four months died Saturday at a London hospital after doctors ended the life-sustaining treatment his family had fought to continue.

Archie Battersbee’s mother, Hollie Dance, said her son died at 12:15 p.m., about two hours after the hospital began withdrawing treatment. British courts had rejected both the family’s effort to extend treatment and a request to move Archie to a hospice, saying neither move was in the child’s best interests.

"I’m the proudest mum in the world,″ Dance said as she stood outside the hospital and wept. "Such a beautiful little boy and he fought right until the very end.″

The legal battle is the latest in a series of very public British cases in which parents and doctors have sparred over who is better qualified to make decisions about a child’s medical care. That has sparked a debate about whether there’s a more appropriate way to settle such disagreements away from the courts.

Archie was found unconscious at home with a ligature over his head on April 7. His parents believe he may have been taking part in an online challenge that went wrong. 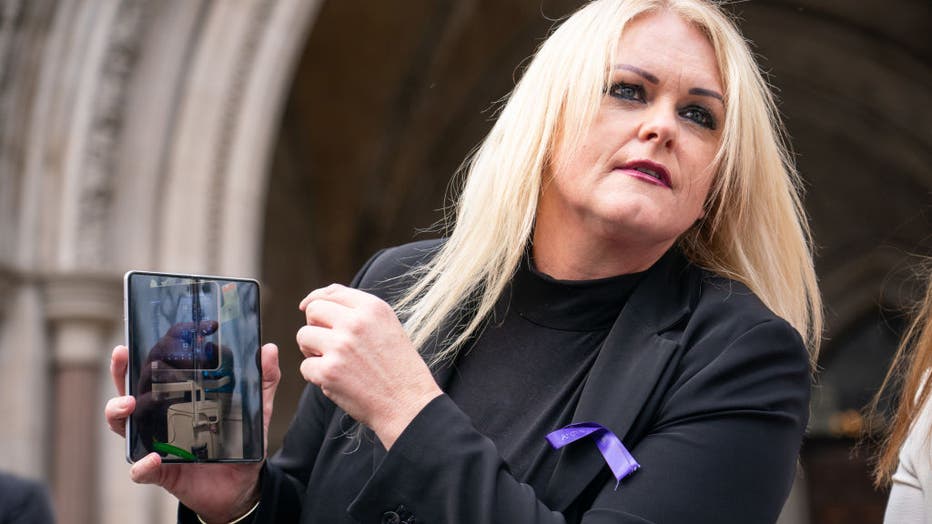 The mother of Archie Battersbee, Hollie Dance speaks to the media outside the Royal Courts of Justice, London. The parents of Archie, 12, have lost their appeal to prevent their son's life support being switched off. Picture date: Monday July 25, 202

Doctors concluded Archie was brain-stem dead soon after the accident and sought to end the long list of treatments that kept him alive, including artificial respiration, medication to regulate his bodily functions and round-the-clock nursing care. But his family objected, claiming Archie had shown signs of life and wouldn’t have wanted them to give up hope.

The disagreement triggered weeks of legal arguments as Archie’s parents sought to force the hospital to continue life-sustaining treatments. Doctors at the Royal London Hospital argued there was no chance of recovery and he should be allowed to die.

After a series of courts ruled it was in Archie’s best interest that he be allowed to die, the family asked for permission to move the him to a hospice. The hospital said Archie’s condition was so unstable that moving him would hasten his death.

On Friday, High Court Judge Lucy Theis rejected the family’s request, ruling that Archie should remain in the hospital while treatment was withdrawn.

"Their unconditional love and dedication to Archie is a golden thread that runs through this case,″ Theis wrote in her decision. "I hope now Archie can be afforded the opportunity for him to die in peaceful circumstances, with the family who meant so much to him as he clearly does to them."

That ruling was carried out Saturday after both the U.K. Court of Appeal and the European Court of Human Rights refused to take up the case.

But Archie’s family said his death was anything but peaceful.

Ella Carter, fiance of Archie’s eldest brother, Tom, said Archie was stable for about two hours after the hospital stopped all medication. That changed when the ventilator was turned off, she said.

"He went completely blue,″ she said. "There is absolutely nothing dignified about watching a family member or a child suffocate. No family should ever have to go through what we’ve been through. It’s barbaric." 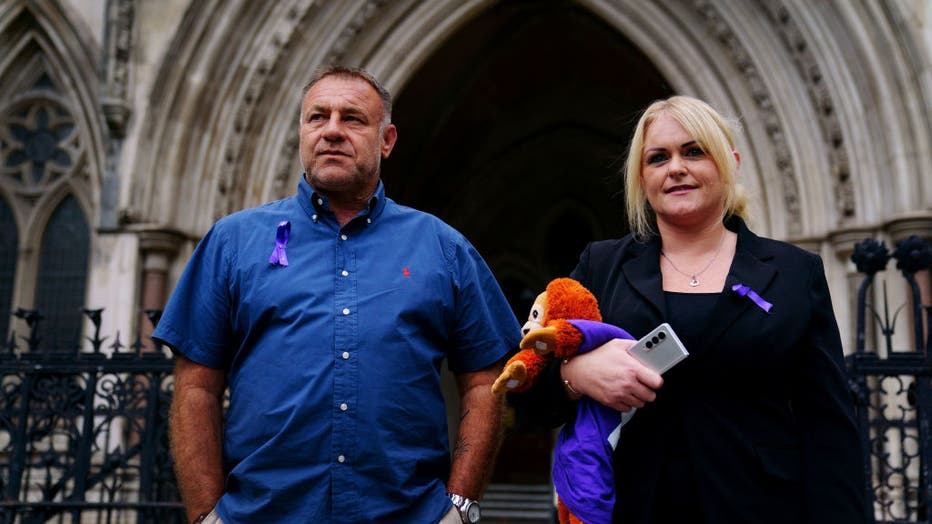 The parents of Archie Battersbee, Paul Battersbee and Hollie Dance, leave the Royal Courts Of Justice in London, they want Court of Appeal judges to overturn a ruling by High Court judge Mr Justice Hayden, who decided that life-support treatment for

Carter put her head on Dance’s shoulder and sobbed as the two women hugged.

The hospital expressed its condolences and thanked the doctors and nurses who had looked after Archie.

"They provided high quality care with extraordinary compassion over several months in often trying and distressing circumstances,″ said Alistair Chesser, chief medical officer of Barts Health NHS Trust, which runs the hospital. "This tragic case not only affected the family and his carers but touched the hearts of many across the country.″

Legal experts insist cases like that of Archie are rare. But some disputes pitting the judgment of doctors against the wishes of families have been fought in the public eye, such as the 2017 legal battle over Charlie Gard, an infant with a rare genetic disorder. The parents unsuccessfully fought for him to have experimental treatment before he died.

Under British law, it is common for courts to intervene when parents and doctors disagree on a child’s medical treatment. The best interests of the child take primacy over the parents’ right to decide what they believe is best.

Ilora Finlay, a professor of palliative medicine at Cardiff University and member of the House of Lords, said this week she hopes the Conservative government will hold an independent inquiry into different ways of handling these cases. Deciding such disputes through an adversarial court process doesn’t help anybody, she said.

The difficulty for parents is that they are in shock and often want to deny that there has been a catastrophic brain injury, Finlay said.

"When there’s brain injury, often their child looks intact, so their face looks as it always did,″ she said. "So understanding what has gone on inside the brain and the amount of injury is something that needs to be sensitively explained to parents, and that takes time."

Archie’s family was supported by the Christian Concern, which campaigns on end-of-life issues and the role of religion in society. The group said it was a "privilege″ to stand beside the family.

"The events of the last few weeks raise many significant issues including questions of how death is defined, how those decisions are made and the place of the family,″ Christian Concern Chief Executive Andrea Williams said.