During a Monday press conference, Warren said he has been asked for over the past two weeks about the status of the charges, but thought it would be irresponsible to give an answer before fully reviewing the cases.

"In each of those 67 arrests, the evidence shows that the person arrested was peacefully protesting. There was no violence, there was no vandalism," he explained. "This office will not be filing charges against any of those 67 individuals."

In addition, those charges will be expunged from their records, Warren said.

However, Warren said his office will pursue charges against those who have not been peaceful during protests, causing damage or injuries. 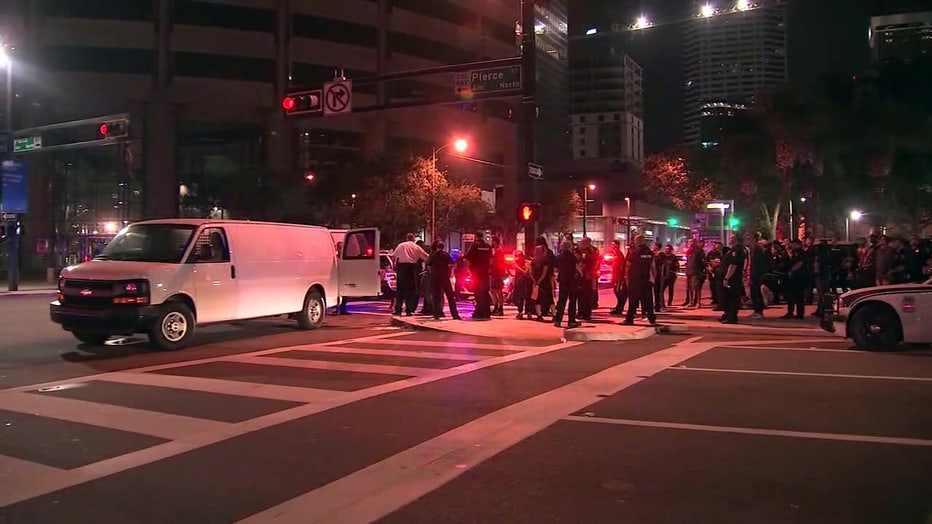 "We will prosecute anyone who is taking advantage of the opportunity," he added. "Protests are vital to our democracy…they can inspire change."

Warren said he will be meeting with faith-based leaders to address several topics, such as methods to increase diversity in the police force.

A rally to drop those charges was held Sunday night, where a few hundred protested the charges against those who were arrested on June 2 for unlawful assembly.

On June 2, peaceful demonstrations began in the early afternoon. However, by night, crowds grew by size and frustration. Around 11:45 p.m., Tampa police ordered the crowd of about 300 to disperse after an object was thrown at officers. Over 60 remained and were arrested.

Warren's press conference can be viewed below: