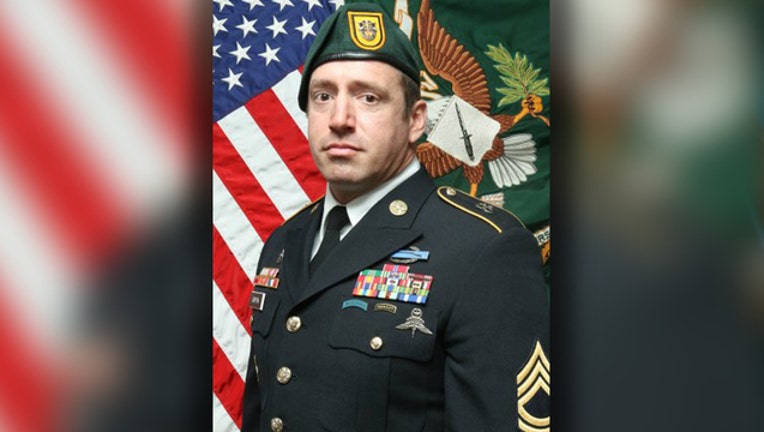 FORT BRAGG, N.C. (AP) - A 41-year-old Green Beret who was on his fourth combat deployment has been killed by small arms fire in Afghanistan.

Griffin was from Greenbrier, Tennessee, and was a Special Forces communications sergeant based at Joint Base Lewis-McCord in Washington state.

Griffin joined the Army in 2004. He was posthumously awarded the Bronze Star Medal and Purple Heart.

He is the 17th American servicemember to die this year in Afghanistan.