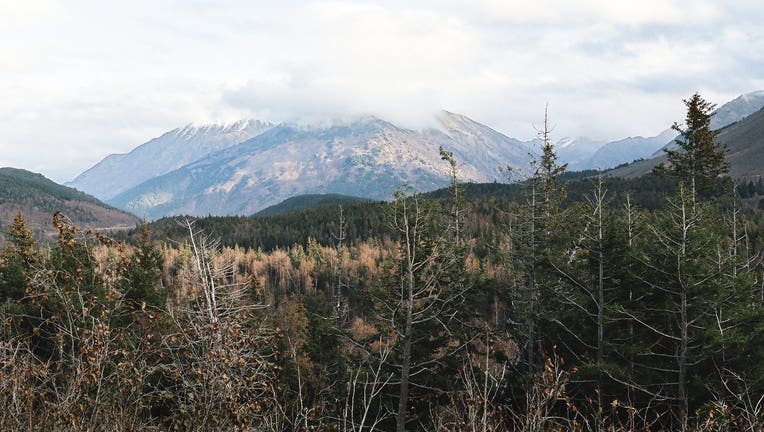 Alaska's lay of the land near Moose Pass, Alaska, on October 16, 2014. (Photo by Sebastiano Tomada/Getty Images)

The soldier was part of a small group in a training area west of the Anchorage Regional Landfill when the bear attacked.

The name of the soldier was being withheld pending next-of-kin notification.

The 673d Security Forces Squadron initially responded to the incident.

Jason and Rachel Smith joined FOX Weather to describe the harrowing experience. The Smiths said they had seen bears before but never had an experience like this.

Alaska Wildlife Troopers were searching for the bear in the area, which is closed to the public for all recreation activity.