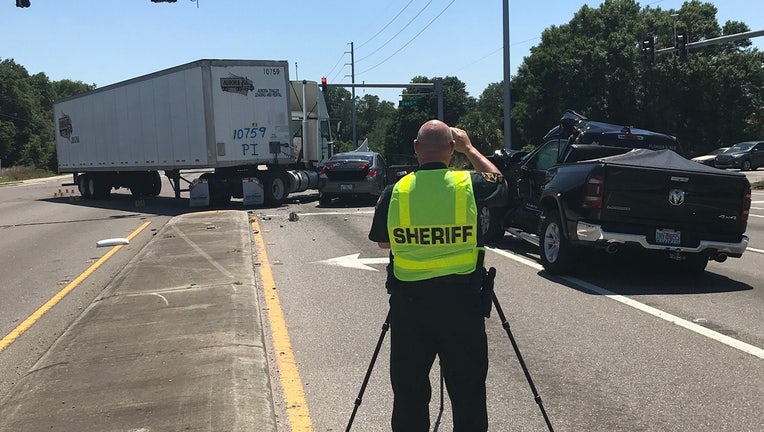 The three-vehicle accident occurred Tuesday before 1 p.m. at the intersection of County Line Road and Ewell Road. Investigators said James Reynolds was head was heading west on Ewell Road in a black 2019 Dodge Ram pickup truck.

Investigators said the driver of the tractor-trailer had a green light and was in the intersection when Reynold ran a red light. Both vehicles collided.

Deputies said after the initial impact, the pickup truck hit the Camry. Officials said Reynolds passed away at the crash scene.

The other two drivers -- including the 71-year-old woman’s passenger, a 91-year-old man -- all had minor injuries, according to the sheriff’s office.

The agency said all who were involved in the crash we were wearing seat belts.