Memorial guitar for veterans, by a veteran

TAMPA, Fla. - A Tampa guitar instructor who designs incredible handmade guitars has been working on an extra special project. He's building a custom guitar for one of his students who lost two brothers in Afghanistan. It's been an emotional journey as he crafts this musical memorial.

Virgil Mandanici has been to many places and worked many jobs.

"From bomb assembly in the US Navy, all the way to painting scenes for My Fair Lady at Dartmouth University," Mandanici said.

One constant in his life is music. The Navy vet has taught guitar in Tampa for 25 years. It was 12 years ago that he built the first one of his "Virgil Guitars."

"I got bit by what's called the builder's bug. So I started building guitars from that point on," Mandanici said. 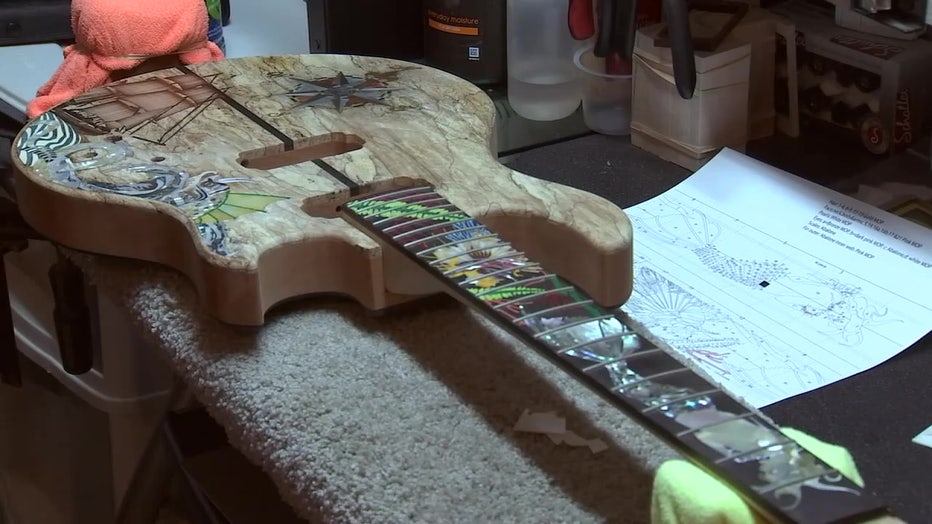 Each of them, intricate, detailed, and beautiful, but perhaps none are as meaningful as his current project.

One of his students, whose name is Jeff, is from a military family. His brother is an active-duty Green Beret. Their two other brothers, who served in the Marine Corps and Air Force, lost their lives in Afghanistan.

"Their names were Steven and Kevin," said Mandanici. 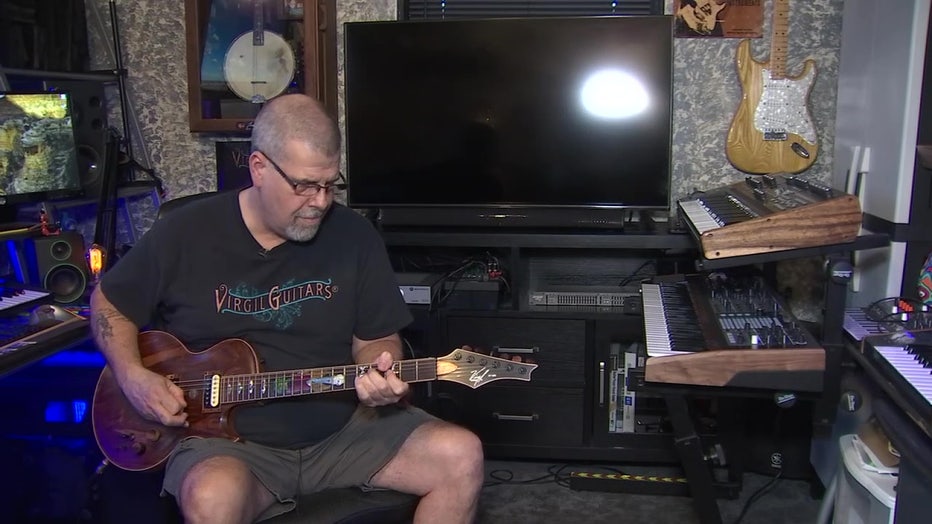 This next guitar is a tribute to them.

"These are real people here that have lost their lives for our country," Mandanici said.

Weaved through his design depicting a helmet, rifle, and boots is hand-sawn black Mother of Pearl. Other aspects are made of brass, aircraft-grade aluminum, and greenlip abalone.

That alone took nearly two weeks. The design will eventually be inlaid on the guitar's fingerboard.

Hector Fernandez says he can't pray for a new heart. That would mean he's praying for someone else to suffer a tragedy. But the Army veteran and father of four says if he does get a new heart, he hopes "to be worth it" and live the best life he can afterward.

"The boots inlay has been really emotionally draining because I keep on catching myself getting choked up and so does Jeff, you know," Mandanici said.

Virgil uses a tiny blade to cut pieces of shell and other materials. His glasses magnify his work eight times. As he meticulously sands and carves, he takes time to reflect.

"For somebody to give their lives, I mean, they don't get these guys back," Mandanici said. 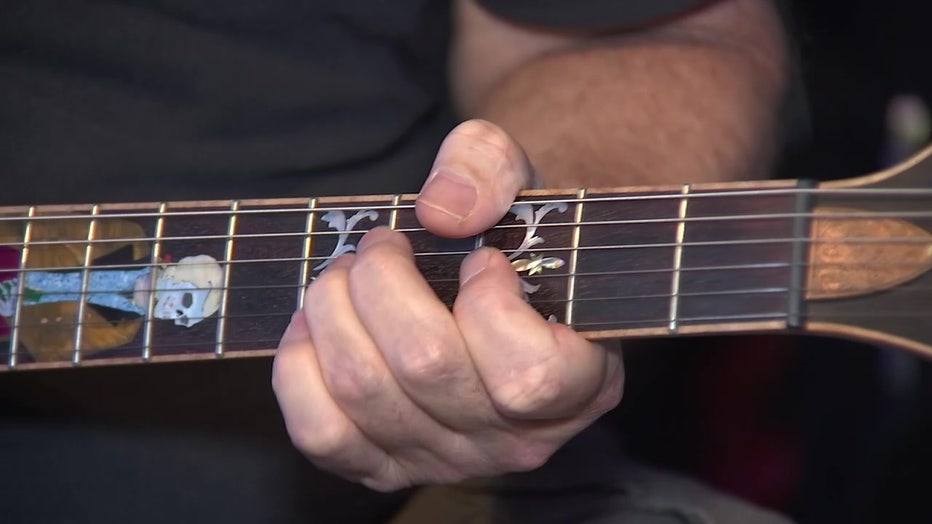 Working on this guitar, especially on Veteran's Day, is a reminder of service and sacrifice.

"My prayers and love go out to all fellow veterans this week and every week, really," Mandanici said.

It'll be a few more months before these strings get strummed. Virgil hopes its music and meaning strike a chord with anyone who listens.

"We don't know our expiration date. So, it is about relationships. It's about making things like this," Mandanici said.