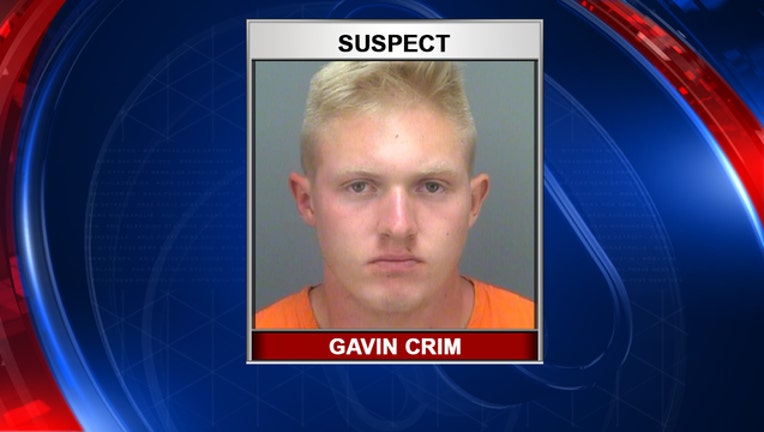 SAFETY HARBOR, Fla. - A Dunedin man was arrested after cooking and eating food inside a stranger’s home, deputies said.

Pinellas County investigators said 19-year-old Gavin Crim, a Marine, broke into a Safety Harbor home in the 2400 block of Huntington Boulevard. The burglary occurred just after 4 a.m. Tuesday, while the victim was home.

Deputies said Crim entered the home through an unlocked rear door, and began cooking, then eating, the victim’s food. The victim confronted Crim, who told the victim to, “go back to sleep,” officials said.

When the victim told Crim he was calling 911, Crim ran away from the home, deputies said.

Deputies said they found Crim behind the home, hiding in a wooded and swampy area. During an interview, they said he admitted to breaking into the home. His arrest report states he was under the influence of alcohol.

Crim was arrested on a burglary charge.