KEY WEST, Fla. - New video appears to show the fight between two off-duty Florida sheriff's deputies and three U.S. Navy sailors in Key West over the weekend, which left one sailor injured and ended with police arresting the deputies.

Daryl Harmon told FOX 13 that he and his wife were on Duval Street, a popular area with bars and restaurants, early Saturday morning when the fight broke out in front of the Strand Theater. They recorded video of the brawl, which they then provided to authorities.

Officers said they witnessed Pike punch a 27-year-old sailor in the face while Curry pushed him, causing the sailor to fall and strike his head on the sidewalk. The injured sailor had to be flown by helicopter to a hospital near Miami. 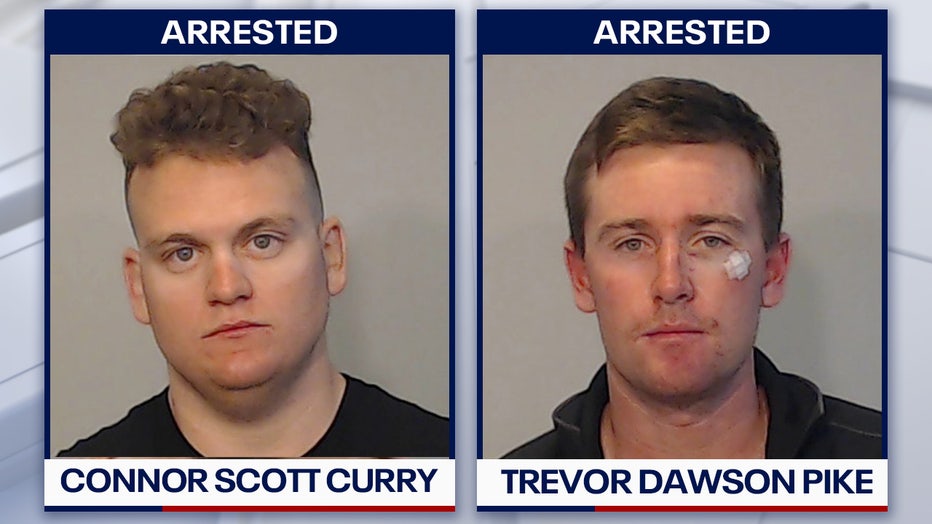 According to the Miami Herald, the sailor's condition was reported as "suffering a brain bleed and loss of consciousness."

Monroe County Sheriff Rick Ramsay said in a statement that he was suspending the deputies without pay. He said he "saddened by this incident and it will be fully investigated."

Jail records show that Pike and Curry were released Saturday — Pike on $55,000 bail and Curry on his own recognizance. No attorneys were listed.