LAKELAND (FOX 13) - 'Tis the season: as people order more gifts for the holidays, more packages are being stolen from their front porches.

It happened again in Lakeland, and in this case, the crime was caught on camera.

The video is clear:  You see a woman pull up in the driveway, go to the porch, take the package, and leave.

The victim was out of state when her husband called to say the package had not arrived yet.  So she pulled up the surveillance video on her phone, and saw the woman steal the box.

"I wasn't very ladylike at the time, I have to admit. I was pretty upset," Cari Anne Baker explained.  "I was on my way to a funeral so I was already upset. I had been driving for 12 or 13 hours at the time.  I was worn out, I was angry, I was like, 'How dare you do that?' Yeah I was pretty upset."

Baker did what anyone would do these days: she posted the video on social media.  She never expected it to go viral -- it was viewed 100,000 times and shared 10,000 times.

Someone recognized the woman in the video.  Deputies say she's  43-year-old Brandi Michelle Sumner , and they want to find her.

Sumner has five outstanding felony warrants, ranging from credit card fraud to grand theft auto.  She has 19 prior arrests in Polk County.

If you know where she is, let the Polk County Sheriff's Office know. 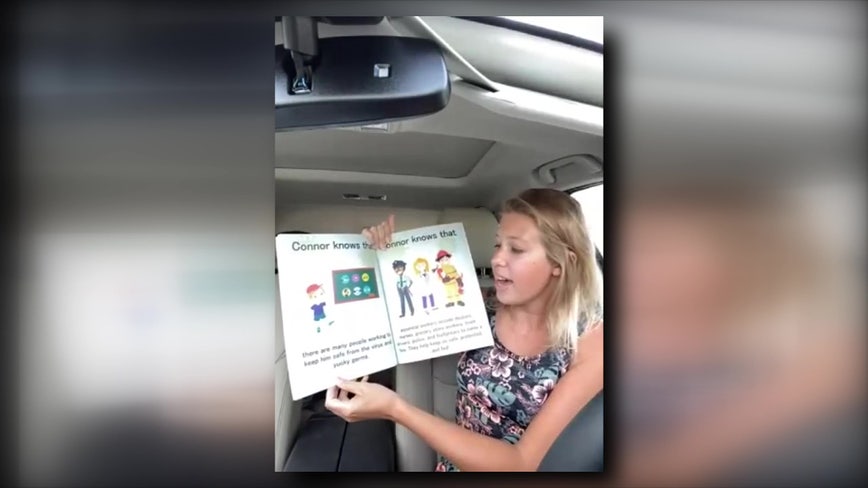