TALLAHASSEE, Fla. - The political affiliation of Florida law enforcement officials came into question on day two of the Warren vs. DeSantis trial.

On Wednesday morning, Larry Keefe, the governor’s public safety czar took the stand as ousted Hillsborough State Attorney Andrew Warren tries to get his job back.

Keefe testified that during a meeting last December, Governor Ron DeSantis asked if any state attorneys were not enforcing the law.

Keefe said, "All roads would lead to Andrew Warren," after a few calls and emails to law enforcement officials around the Bay Area and in Orlando. 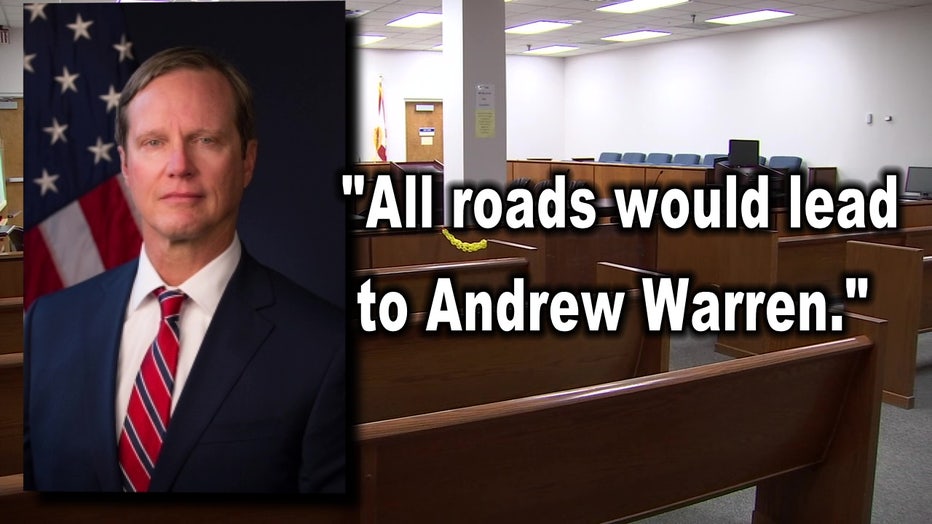 Larry Keefe testified on Wednesday that "All roads would lead to Andrew Warren," after a few calls and emails to law enforcement officials around the Bay Area and in Orlando.

Keefe acknowledged that it wasn’t a thorough investigation. Instead, he said it was more like a reputation search on rogue prosecutors.

According to Keefe, Hillsborough County Sheriff Chad Chronister, a Republican, was instrumental in providing a lot of information on Warren.

In fact, Keefe conceded most of his calls were to Republican officials and campaign supporters of Governor DeSantis.

When Governor Ron DeSantis suspended Hillsborough State Attorney Andrew Warren, he did so with the vocal support of sheriffs from Polk, Pasco and Hillsborough counties. Now, the association representing all 67 Florida sheriffs has filed a brief to support the governor's move.

That admission triggered a line of questions from U.S. District Judge Robert Hinkle.

Hinkle asked if Keefe could provide the name of any Democrat he had spoken to when researching Warren. 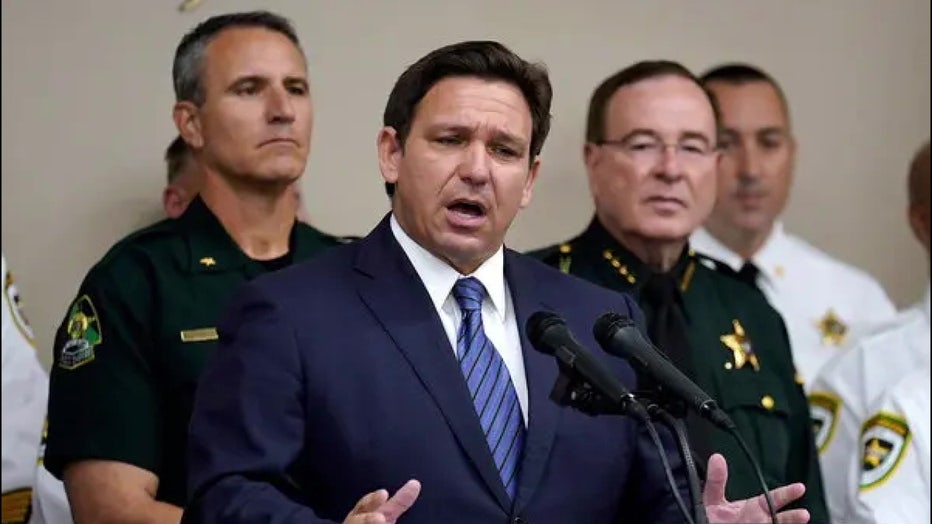 Keefe replied that he didn't know everyone's political party affiliation, but many, if not all, were Republicans.

Andrew Madry who was an intern for the governor’s office when he learned that DeSantis was looking to suspend Warren also took the stand on Wednesday.

Madry said he created a list of benefits and drawbacks when it came to the suspension.

He said one of the benefits he wrote was, "Leftist prosecutor removed from a position of power". One of the drawbacks he listed was a "political battle likely to increase Warren‘s profile".

However, Madry doesn't believe the governor, nor anyone else, besides his supervisor, saw his list. 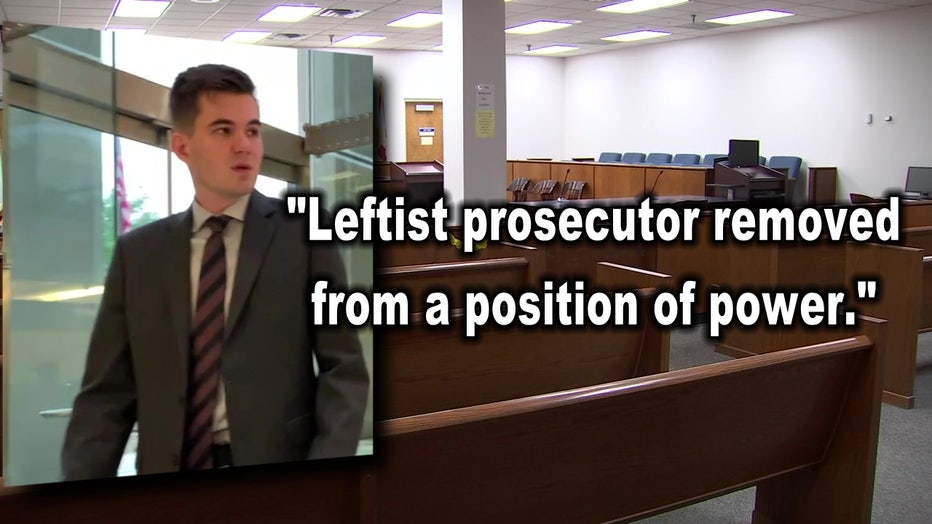 Andrew Madry was an intern in the governor's office and he said he made a list of pros and cons when it came to suspending Andrew Warren.

Warren’s legal team is trying to show that his removal was politically motivated.

READ: Florida lawmakers consider changes to law that would force Gov. DeSantis to resign if he ran for president

In August, the twice-elected state attorney was suspended by the governor after Warren pledged not to prosecute abortion and gender-affirming cases.

Warren argued that it wasn’t a blanket policy. He said each case would be evaluated based on the facts and merits before determining whether to file charges. Warren added that no case involving either issue ever came before his desk.

Warren claims he’s being punished for speaking his mind because his opinions don’t line up with the governor’s views.

When she was shown several tweets that involved the governor’s staff calling Warren a "Soros progressive prosecutor" with a woke agenda, Fenske dismissed the tweets, calling them "sensational" but nothing more.

She said Warren was removed because he was picking and choosing what laws to enforce.

More of the governor’s staff and legal counsel are expected to testify Thursday.