SARASOTA, Fla. - Marine Patrol officers with the Sarasota Police Department had a fun day on the water with some dolphins jumping in their wake.

The Sarasota PD posted video on Twitter of dolphins frolicking in waves created by the department's patrol boat. 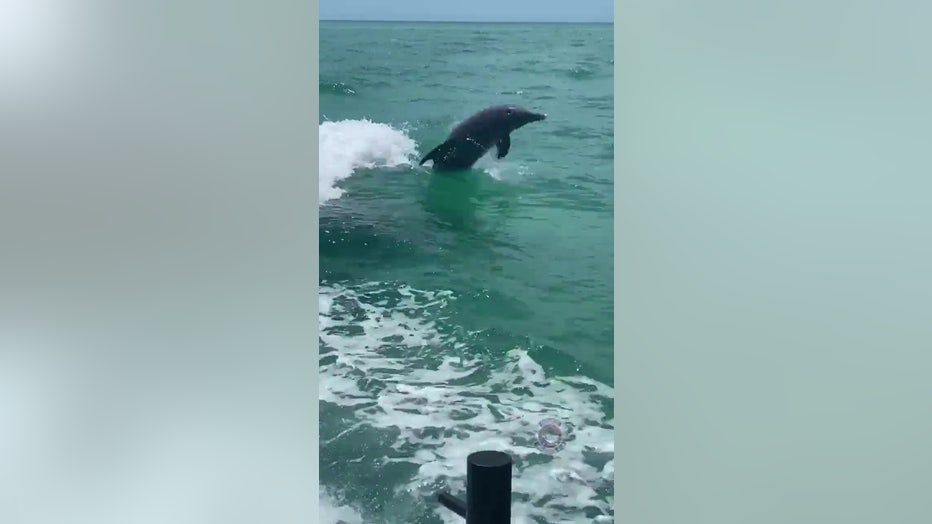 The post said officers Dixon and Skinner, along with others were patrolling over the weekend when the dolphin came to play.

The video was recorded near North Lido near New Pass on Sunday. 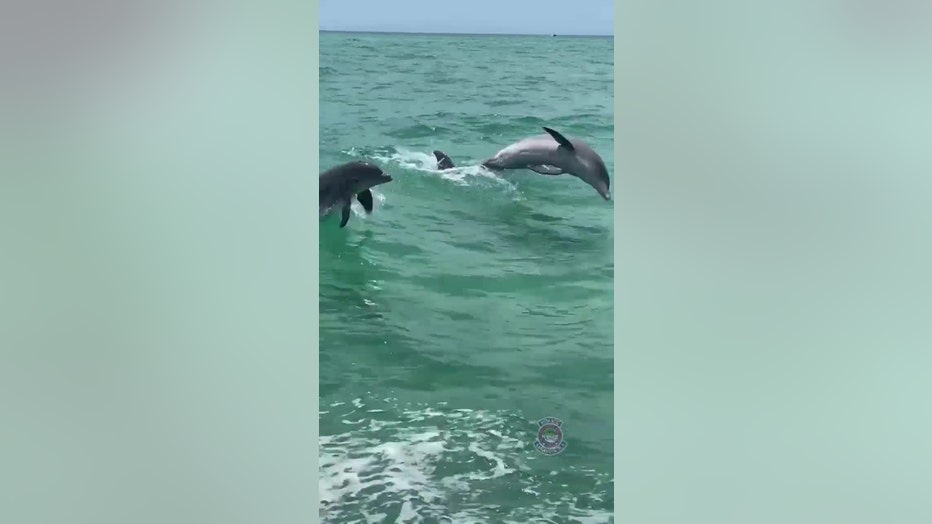 Last week, the folks at See Through Canoe sent up their drone and were lucky enough to catch a dolphin in the act of fish kicking, also known as fish whacking.