PALMETTO, Fla. - While the Florida DEP says the water is safe, the images of wastewater pouring into Tampa Bay is not a look that makes people want to come here.

The DEP has been testing water at multiple locations and says the water being dumped near Piney Point is not radioactive and meets all water quality standards for marine waters, except for having too much phosphorus, nitrogen, and ammonia nitrogen. 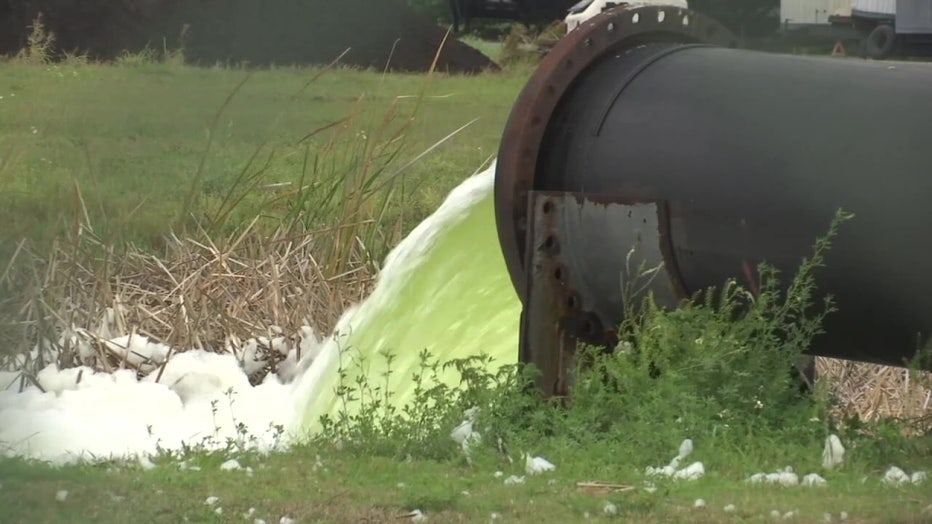 The main concern is that nutrients in the water could fuel algae blooms like red tide.

Steve Hayes, head of Visit St. Pete Clearwater, says there is a lot of bad information on social media. He says the main misconception is that the water is radioactive.

"What we have to be able to do is present the facts -- here’s what’s happening right now as we know it and provide [the public] that information."

Dawn Hollar manages the Anna Maria Island Dream Inn and says they are trying to spread the word the water is safe.

"The phones are off the hook," Hollar told FOX 13. "A lot of concerned people wanting to make sure their vacation isn’t going to be compromised with what’s going on in the bay."

READ: What is piney Point? A history of the former phosphate plant site

Much of the problem is perception. During the BP oil spill, not a drop of oil washed ashore on Tampa Bay area beaches, but the hit to tourism was devastating. Hayes says it’s hard to tell if that’s what they are dealing with now.