TAMPA, Fla. - Cardboard cutouts are becoming less frequent at sporting events with the return of fans. However, if you've been to a Lighting game recently, you may have noticed one cardboard cutout that won't seem to leave.

"Bernie may be dead, but he's the life of the party," BJ Dihigo told Fox 13 Sports.

Dihigo co-owns a private boating company on the Tampa Riverwalk, "Coming in Hot Boating." After a brief shut down due to the COVID-19 Pandemic, she and partner Barbara Crimes decided to promote the business by bringing a "celebrity" on board.

"We announced that we would have someone famous coming on the boat," Dihigo said. "We couldn't get a real famous person, so we decided to do a cutout."

"We started thinking and brainstorming," Crimes added. "We had a couple of ideas, and then (BJ) said 'let's do Bernie from weekend at Bernie's.'" 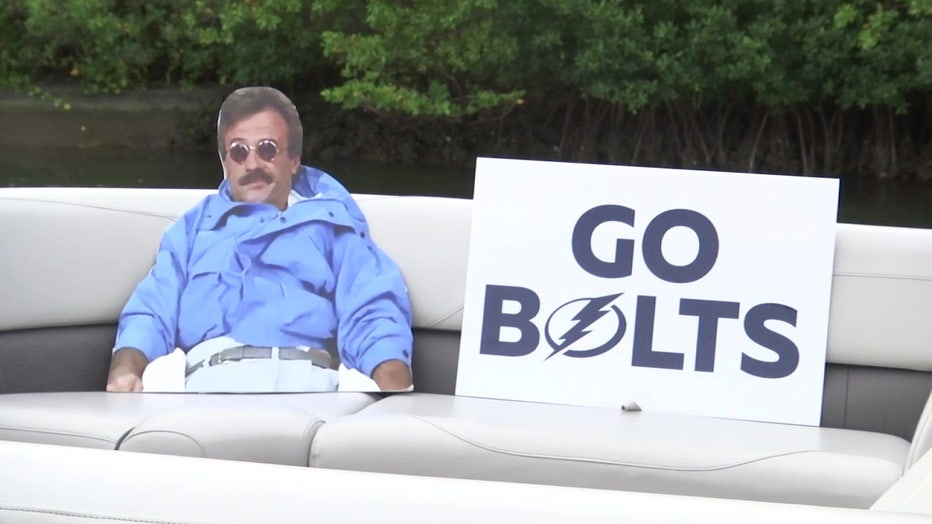 Naturally, the cutout depicting the deceased character from the 1989 classic was an instant hit on the Riverwalk. Then one day Dihigo's brother and Lightning season ticket holder, Joey, had a suggestion.

"Let's just take him into the game," Joey recalls. "(It was) the last game of the Stanely Cup Final. We were at the watch party in the arena, and we got a picture of him in the seats. (The Lightning) won, and it just took off from there."

The Bernie cutout has also become a good luck charm for the Lightning. The team is 10-1 with Bernie in attendance and makes frequent appearances on the Amalie Arena jumbotron. He was even at the Lightning's boat parade back in the fall. Like people in the movie, Lightning players flocked to Bernie.

"Brayden Point came up and asked me about my hat, and asked to take a picture with Bernie," Dihigo said. "I was shocked."

"Having Steven Stamkos with his big magnum of Rose putting it up against his mouth, that was just adorable," Crimes shared. "I thought that that was an especially incredible moment." 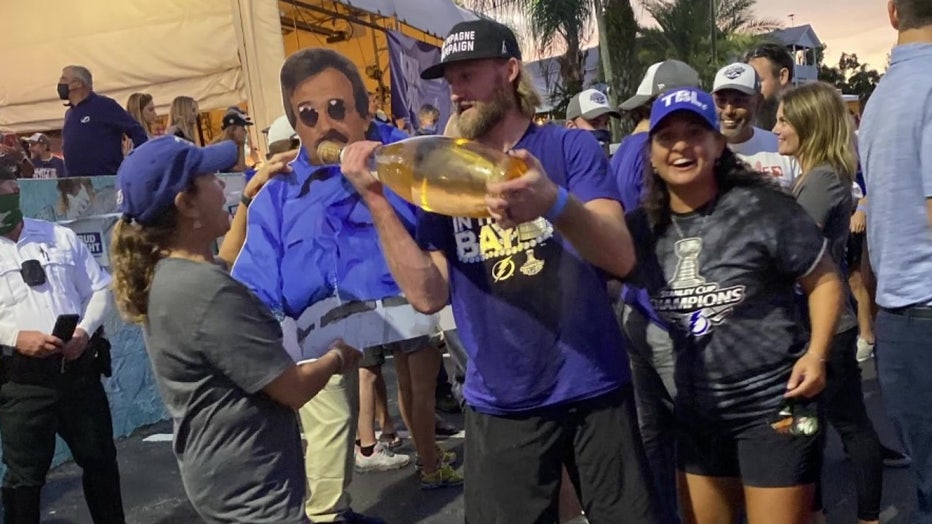 Like the movie, the Bernie cutout has developed a cult following among Lightning fans. Like the characters in the film, Dihigo and Crimes will hold Bernie up as long as fans welcome it.