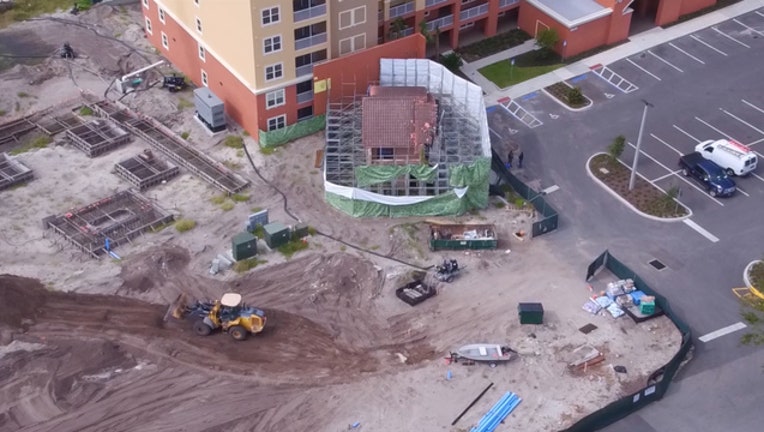 Construction activity on a piece of land continues around a vacation home, center, at Westgate Resorts.

ORLANDO, Fla. (AP) - A widow who repeatedly refused to sell her Florida town house to one of the world's largest time-share companies has finally given in.

The Orlando Sentinel reports Westgate Lakes LLC paid 83-year-old Julieta Corredor $1.5 million for the two-bedroom, two-bathroom condo she and her late husband bought 32 years ago. That's about 10 times more than the couple paid.

Her refusal to sell led to a dispute that held up Westgate's efforts to build a pair of high-rise towers in Orlando.

The parties announced a resolution to the dispute two months ago, but neither side could discuss the sale price or details because of a confidentiality clause.

The Sentinel calculated the sale price based on tax stamps levied on public property-transfer documents. The comptroller's office says the figure is accurate.