ENGLEWOOD, Fla. - A fast-moving brush fire has burned about 150 acres across Charlotte and Sarasota counties. It started Saturday night near Dubarry Avenue in Port Charlotte and then jumped several blocks, damaging a boat, fences and some storage sheds.

Thankfully, no homes were impacted, but the fire also spread into the Myakka State Forest on the Sarasota County side.

It's about 90% contained now, but the Florida Forest Service says they could really use a lot of rain.

Saturday night, the glow of that fire lit up the Gulf Cove neighborhood in Charlotte County. 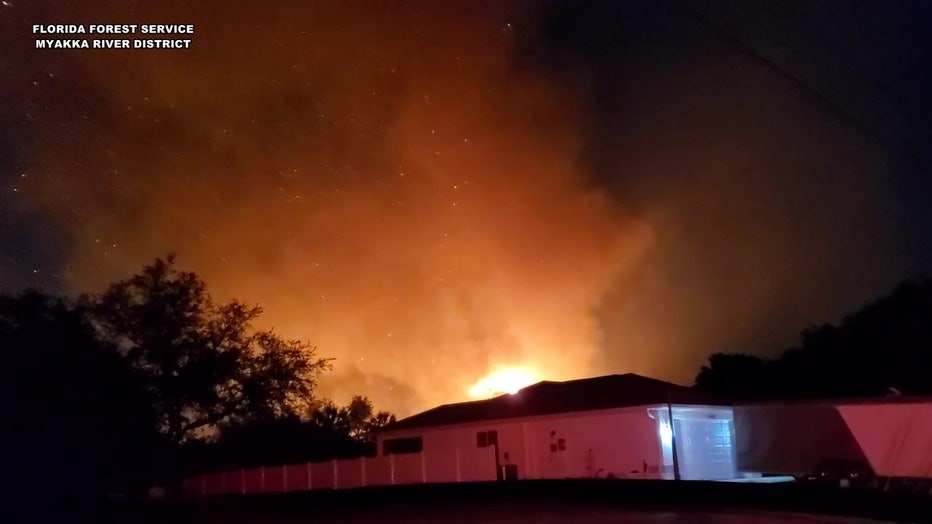 RELATED: Wildfires can be dangerous to your health even if you’re nowhere near one

She grabbed a hose and started spraying their roof, but the fire moved quickly.

"I turned around and my neighbor across the street, [their] backyard was completely engulfed," said Toth.

Related: Texas fire 'resistant to control' as it burns 27,000 acres

Her husband knocked on their neighbor's door. They got out as the fire spread.

"It was like a fire tornado. It was so fast," she said. 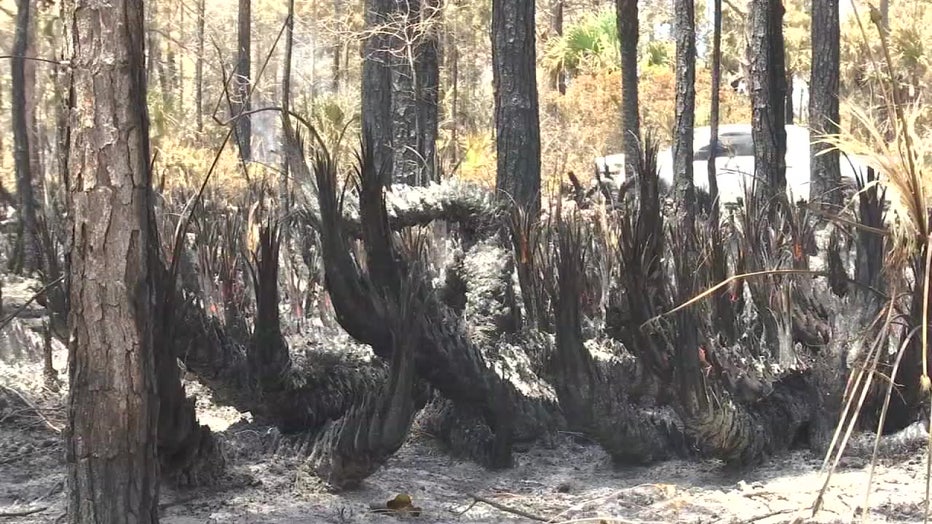 "When we got on scene, it was starting to jump block to block," said Mahoney. "This year is starting out extremely active. We’ve had about 70-75 fires since January and most of them have been human caused." 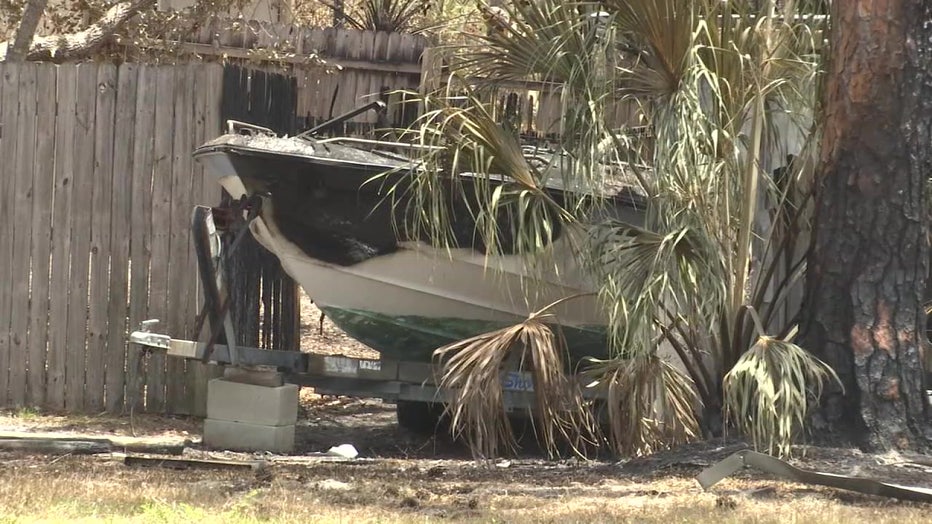 The cause of this fire is unknown. The state fire marshal is investigating how the fire started, but no matter how it started, Mahoney said it's a reminder that any spark could go up in flames.

"Because it’s so dry right now, it’s not taking much to get these fires up and going and with the wind," he said.

Fences were melted, a boat damaged and a shed destroyed. All homes are still standing. Those who live in the area are forever grateful to the first responders who answered their call. 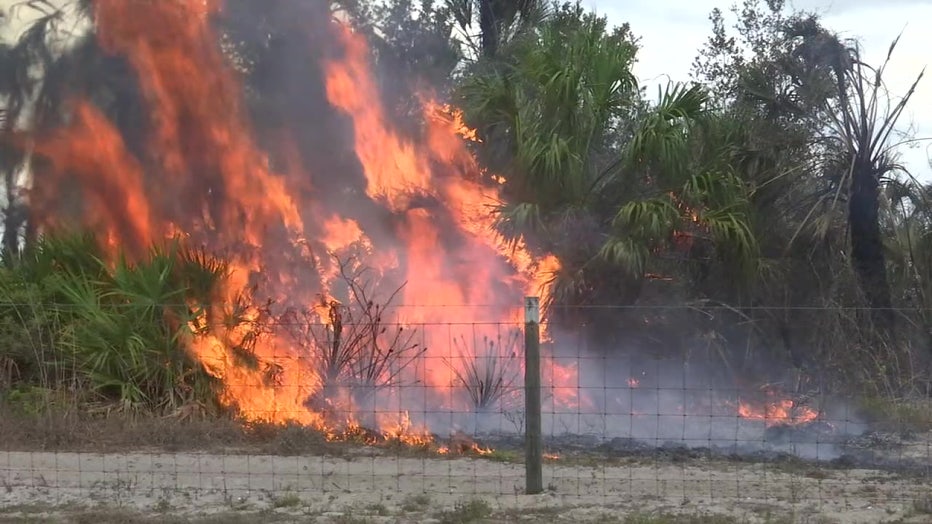 "So lucky. I'm so appreciative they saved our house. The fire was right up against our house," said Toth.

As a reminder in Sarasota County and Charlotte County, there is a recreational burn ban in effect. That means no campfires or open fires are permitted. The only exception is cooking fires used on outdoor grills.