In a statement, the film academy said it will also "explore further action and consequences in accordance with our Bylaws, Standards of Conduct and California law."

LOS ANGELES - Will Smith's son Jaden had about a handful of choice words in response to his dad's viral smackdown with Chris Rock at Sunday's Oscars.

"And That's How We Do It," Jaden tweeted after the confrontation.

Around the same time, Serena Williams apparently responded also, sharing two video clips to her Instagram story where she looked shocked and that she was prompted to put her drink to the side and "sit down." 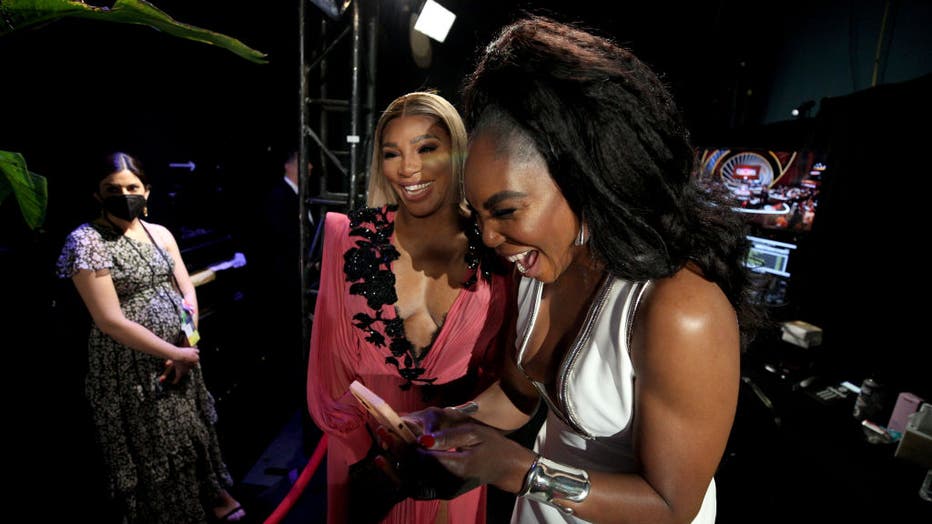 HOLLYWOOD, CALIFORNIA - MARCH 27: In this handout photo provided by A.M.P.A.S., (L-R) Serena Williams and Venus Williams are seen backstage during the 94th Annual Academy Awards at Dolby Theatre on March 27, 2022 in Hollywood, California. (Photo by A

Reaction continues to pour in after the heated exchange between Smith and Rock.

The exchange began when Rock took aim at Pinkett Smith’s shaved head, saying, "Jada, I love you. ‘G.I. Jane 2,’ can’t wait to see it, all right?" Rock’s reference was made from the 1997 film "G.I. Jane," starring Demi Moore, who shaved her head to portray a fictional Navy Seal candidate.

Smith walked onto the stage from his front-row seat and took a swing at Rock with an open palm, generating a loud smack. Smith walked back to his seat and shouted for Rock to leave Pinkett Smith alone. Rock replied that he was just making a "G.I. Jane" joke — and Smith yelled back at him a second time.

Smith shouted at Rock to "keep my wife’s name out of your (expletive) mouth," and the crowd hushed as it became clear this was no act.

But Diddy cleared the air and said the two have apparently made amends with each other.

Diddy told Page Six the two hashed it out at the Oscars After Party hosted by Vanity Fair.

"That's not a problem. That's over. I can confirm that," Diddy told the publication.

He didn't go into further details.

After the show, the Academy of Motion Pictures Arts and Sciences issued a statement saying it "does not condone violence of any form."

The Los Angeles Police Department issued a statement saying that Rock had declined to pursue any charges against Smith.