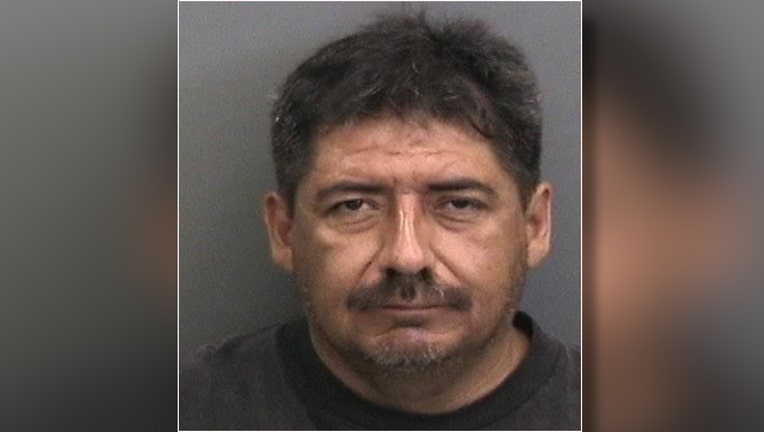 WIMAUMA, Fla. - Hillsborough County deputies arrested Frank Ochoa Jr., 47, after he allegedly communicated inappropriately with someone he believed was a 14-year-old girl.

According to the Hillsborough County Sheriff’s Office, Ochoa initiated a conversation with a decoy social media account created by Waitlist, Inc. to depict a 14-year-old girl. Waitlist, Inc. is a non-profit that works to identify individuals using the internet to sexually exploit minors.

On June 24, 2020, Waitlist Inc. contacted the Hillsborough County Sheriff's Office because the suspect lived in the area.

A detective took over the virtual conversation, which by this point, had transitioned to text messaging. Detectives said Ochoa sent 10 pornographic videos, including videos of girls losing their virginity.

On multiple occasions, the decoy made it clear that Ochoa was communicating with a 14-year-old girl, according to HCSO.

On July 2, 2020, deputies stopped Ochoa who was traveling in Sun City Center. According to deputies, during the stop, detectives called the phone they had been using to chat with Ochoa and it rang inside the car. Ochoa admitted to the crime in a post-Miranda interview, according to HCSO.

"The details of this case are infuriating, disgusting, and shameful," said Hillsborough County Sheriff Chad Chronister. "Ochoa, and all those who prey on vulnerable children, are the kinds of people our deputies work tirelessly to identify and ultimately, arrest. As with this case, we will work for as long as it takes to get the job done."

Anyone who believes they were a victim of Ochoa or has information on any sort of criminal activity is asked to contact the Hillsborough County Sheriff's Office at (813) 247-8200.

Ochoa faces 10 charges of transmission of harmful material to a minor, one count of using computer services or devices to solicit certain illegal acts and one count of driving with a canceled, suspended or revoked license.