TAMPA, Fla. - Born and raised in Jamaica, it wasn’t until he was 16 years old that Damian Chin moved away from the island.  After joining the U.S. Air Force, he ended up stationed at MacDill Air Force Base. That’s about the time he met Andrew Pandreu, a fellow Jamaican living in the Tampa Bay area.

“Andrew was the social group person who was the only person who could cook and he cooked good,” Chin recalled. “So everybody went to Andrew’s apartment for cooking and basically that’s where it all started.”

That college hobby grew into a full-blown business and Chin was there to watch it evolve.  Today he’s a frequent customer at Jerk Hut, where he says you can find the most authentic Jamaican food in Tampa Bay.

“Jamaica is known for being out of many, one people. So we have not only the African nation, we have the Chinese, Indian combined. So our food is basically very authentic, and you’ll find that Jamaica sets the standard for all of the Caribbean islands,” Chin replied.

“So when you take a bite of this here, you’re sent back to Jamaica?” asked Chip.

“Oh, yes indeed. Oh, much indeed, because it’s so authentic and he basically puts not only his hand into the food, puts all -- his foot, and heart,” said Damian jokingly. 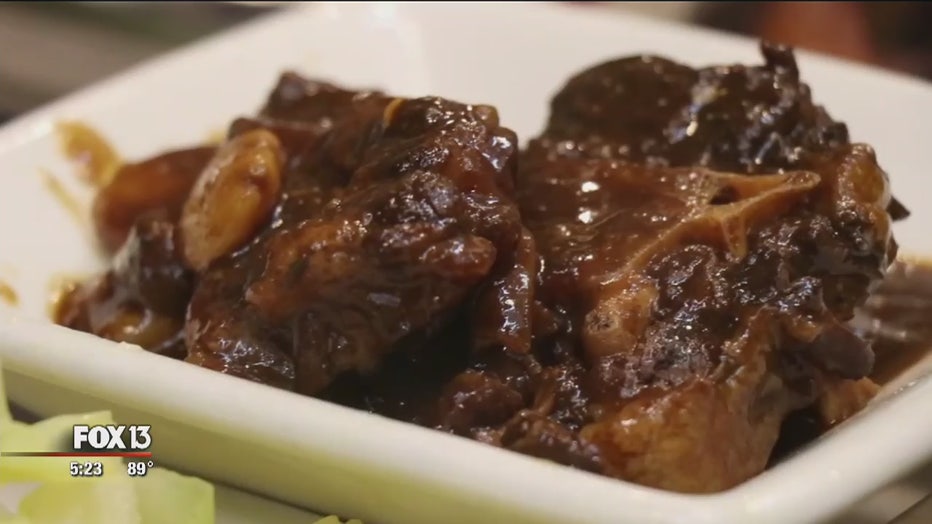 Check out all of the Bay Area Best restaurants here: http://bit.ly/BABMap