TAMPA, Fla. - Armature Works and the Riverwalk were bustling during Monday’s holiday.

The unmasked faces and bigger crowds were a big change from Memorial Day 2020, when few people were out and about because of COVID-19.

"It feels so good, just to people watch and be amongst families and just to see people smiling," Ashley Williams said.

"Seeing people for the first time walking up to people and just passing them on the sidewalk with no masks, it was a little bit of an adjustment," offered Bryce Roth, who was in town from Washington D.C.

With little adjustments here and there, life is returning to normal. One sign that's happening quicker than expected is that Tampa hotels were almost completely booked during the holiday weekend.

"It’s a huge benchmark because you want to start off the unofficial, official summer season with high numbers," explained Santiago Corrada, president and CEO of Visit Tampa Bay.

While exact figures won't be in for several days, Corrada says hotels were likely 80- to 90-percent full during the weekend.

That's quite a difference from last April, when occupancy at just 23 percent. And just two months prior -- in February 2020 -- hotels were nearly 90-percent booked, so the region is closing back in on pre-pandemic levels. 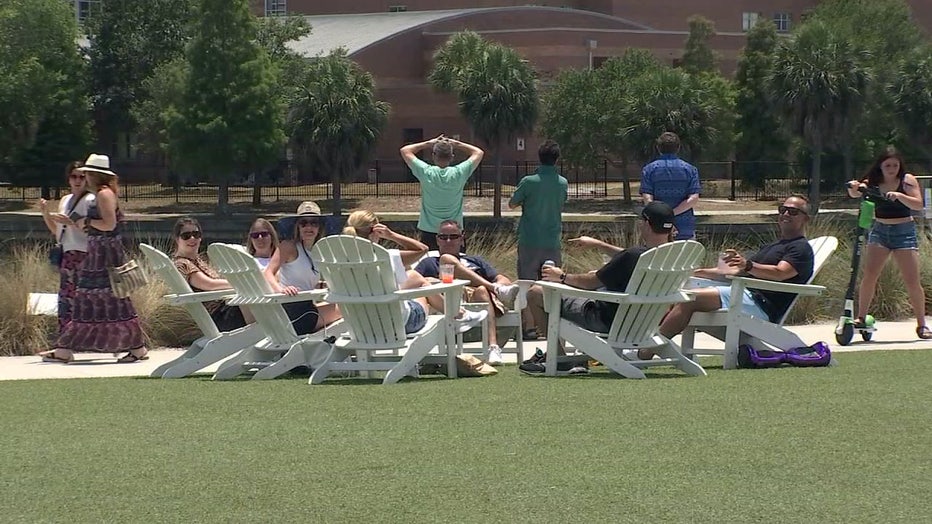 Corrada says that means they're paying sales, transportation and education taxes that help the community.

"People were talking about a return to normalcy in 2024. Here we are so far ahead of 2024, almost right back where we were before the pandemic, which is fantastic."

And it's a fantastic time for folks who spent much of the last year indoors.

"I was just itching to get out of the house," Ashley Williams added.