CAPE CANAVERAL, Fla. - For just the second time since the retirement of the space shuttle, a crew of astronauts is on its way to the International Space Station after blasting off from American soil – a feat that they hope will inspire a country still facing a challenging pandemic and social unrest.

The four-person crew – including three Americans and one Japanese astronaut – lifted off from Launch Pad 39A at Kennedy Space Center just before 7:30 p.m., kicking off a six-month trip and the first “operational” mission for SpaceX’s Dragon capsule.

The Falcon 9 rocket cut a fiery trail through the clear Florida sky, brightly outshining the stars as it climbed. NASA had expected only a 50-percent chance of acceptable weather, but the thick clouds and rain showers stayed away, allowing the on-time launch. 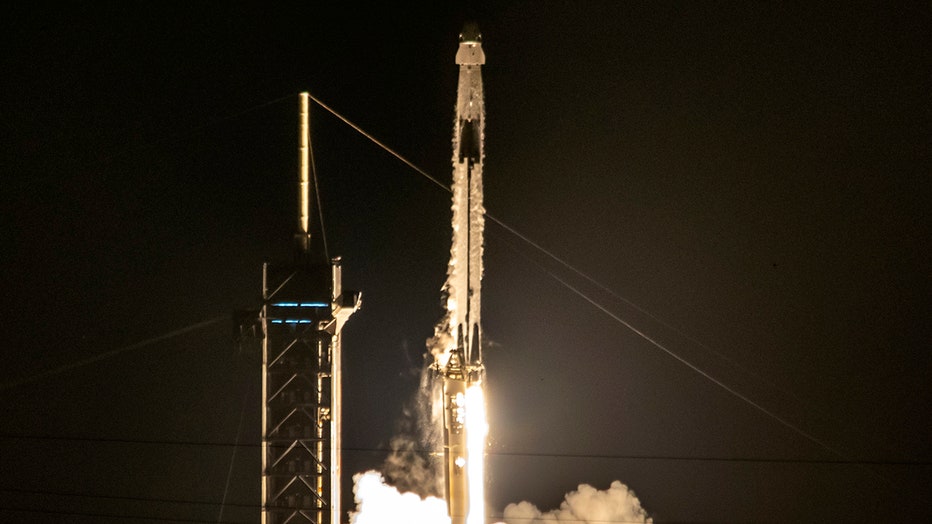 Thousands of tourists lined the Space Coast for the launch, and Vice President Mike Pence flew in from Washington.

The launch is the second crewed flight of the Dragon capsule after last May’s successful test flight ferried two astronauts to and from the space station. 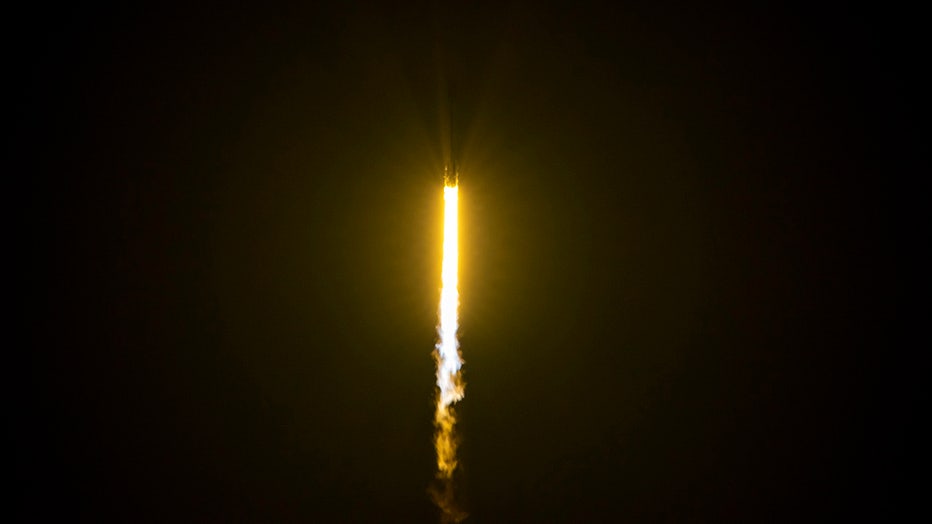 NASA hopes SpaceX and its competitor Boeing will be able to take over the job of taxiing astronauts to the orbiting lab, leaving the space agency to focus on it Artemis missions to the moon. 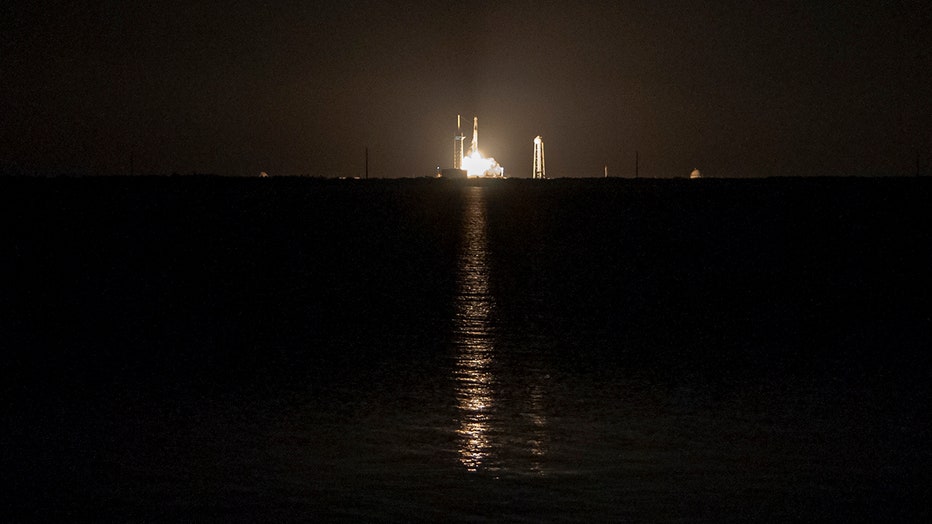 Before liftoff, the crew decided to name their capsule ‘Resilience,’ given all the challenges of 2020. They have been in quarantine for a week or two and were taking safety precautions — masks and social distancing — long before that.

"If you look up the definition of 'resilience,' it means functioning well in times of stress or overcoming adverse events. I think all of us can agree that 2020 has certainly been a challenging year -- a global pandemic, economic hardships, civil unrest, isolation. Despite all of that, SpaceX and NASA have kept the production line open and finished this amazing vehicle that is getting ready to go on its maiden flight to the International Space Station,” Hopkins, the mission commander, explained back in September. 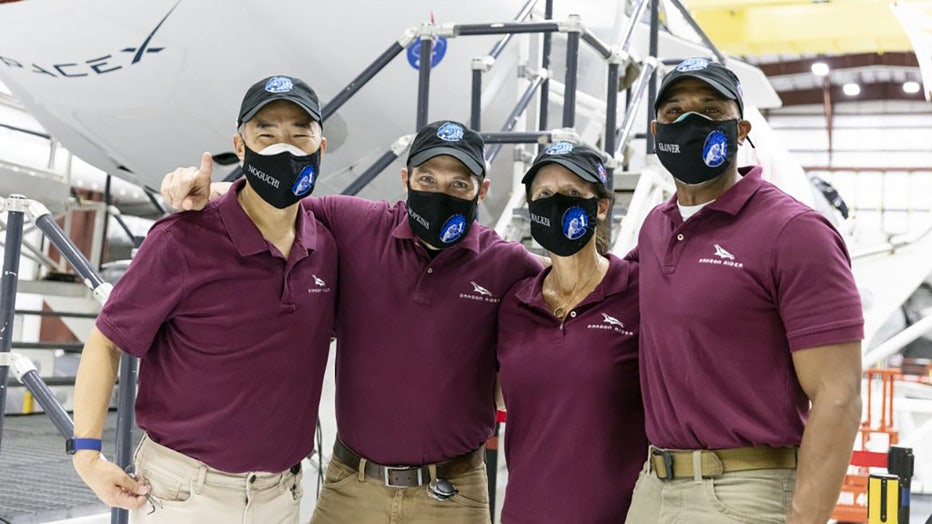 From left, Crew-1 astronauts Soichi Noguchi, Michael Hopkins, Shannon walker and Victor Glover pose for a photo in front of the Crew Dragon spacecraft, named Resilience by the crew, inside the SpaceX hangar at Kennedy Space Center’s Launch Complex 39

“So the name 'Resilience' is really in honor of the SpaceX and NASA teams, and, quite frankly, it is in honor of our families, of our colleagues, of our fellow citizens, our international partners and our leaders, who have shown that same quality, those same characteristics all through these difficult times."

Keeping with the “we’re all in this together” theme, the mission patch has no flags or even any names, which is a break from decades of tradition.

“We hope that it brings a smile to your face and we hope that it provides something positive in your lives,” Hopkins added. “And, quite frankly, we hope that it’s an inspiration, that it shows when you work together, there’s no limit to what you can achieve.” 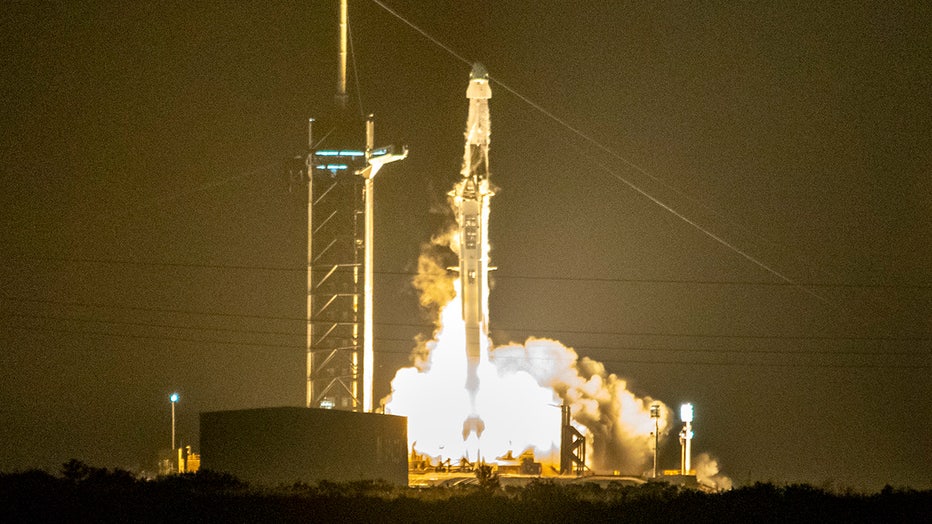 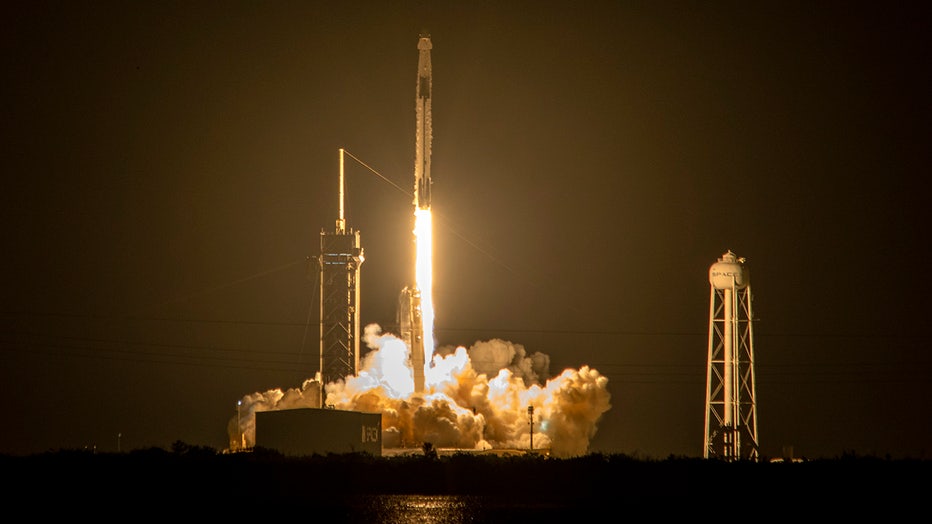 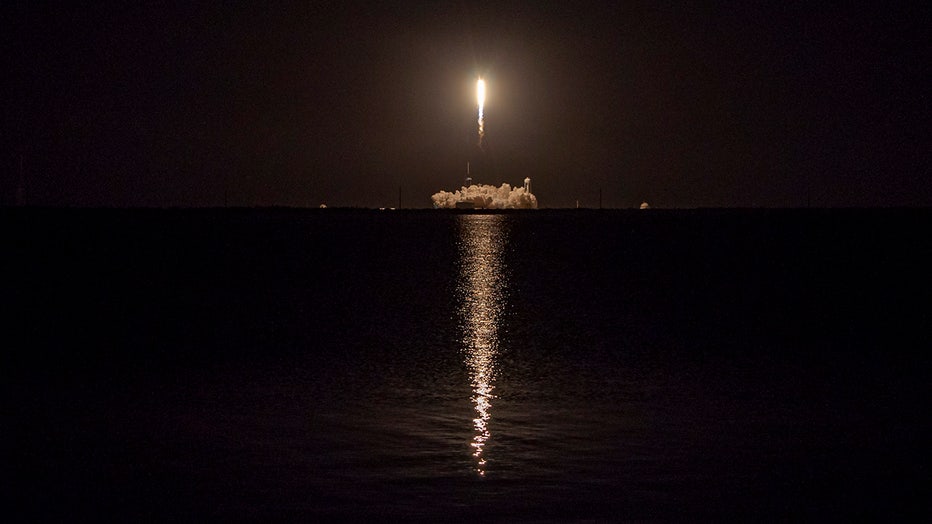 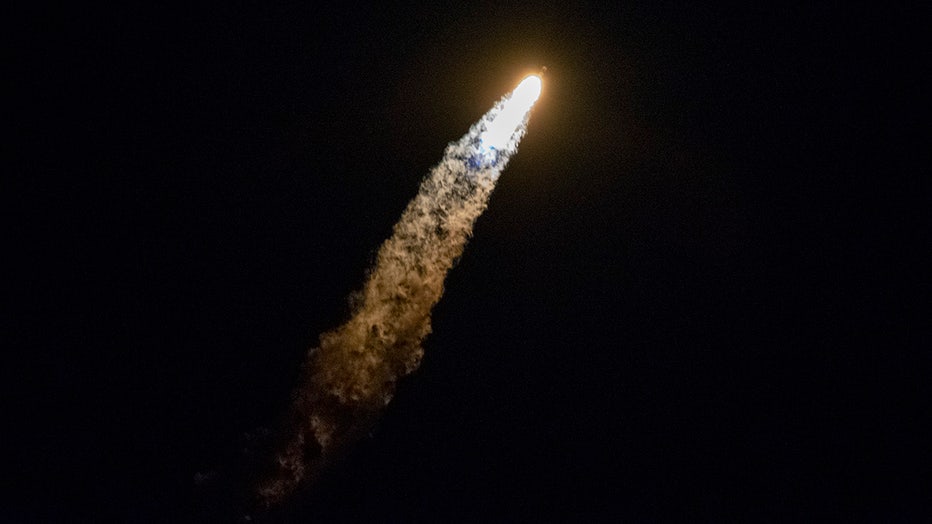 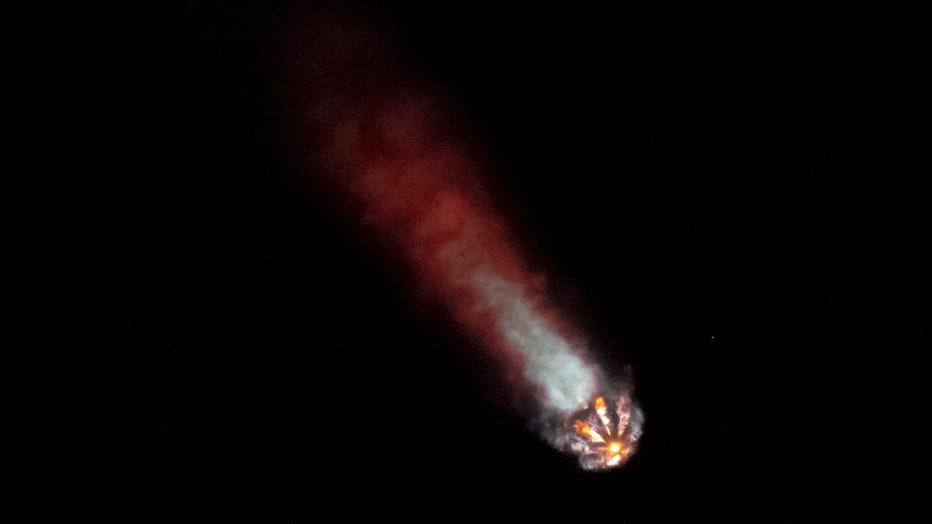 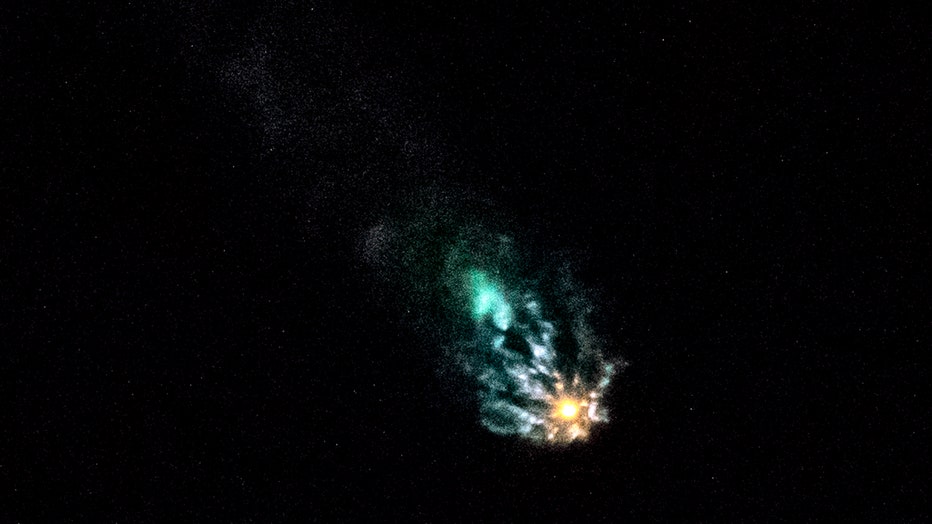 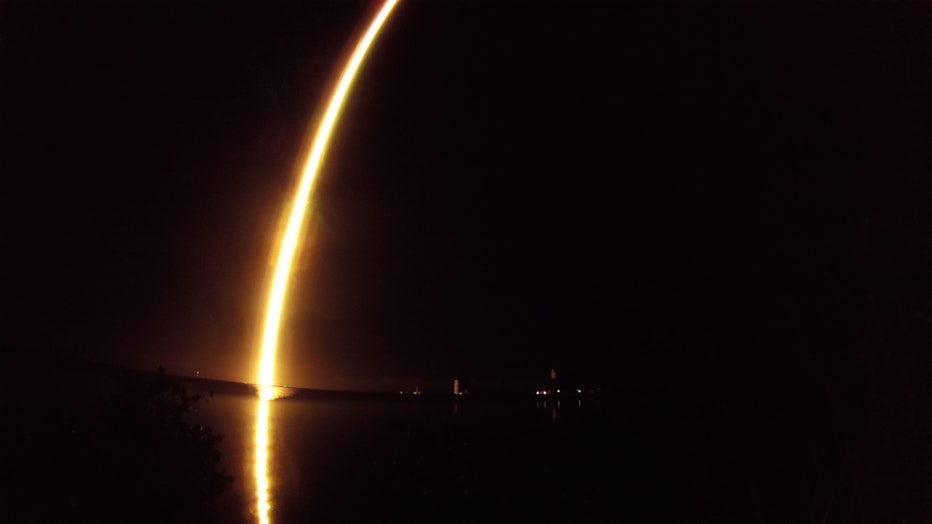 Composite image of the Crew-1 launch.

After nine years, Americans are back in the business of launching astronauts into space.

Infornation from FOX News was used in this report.