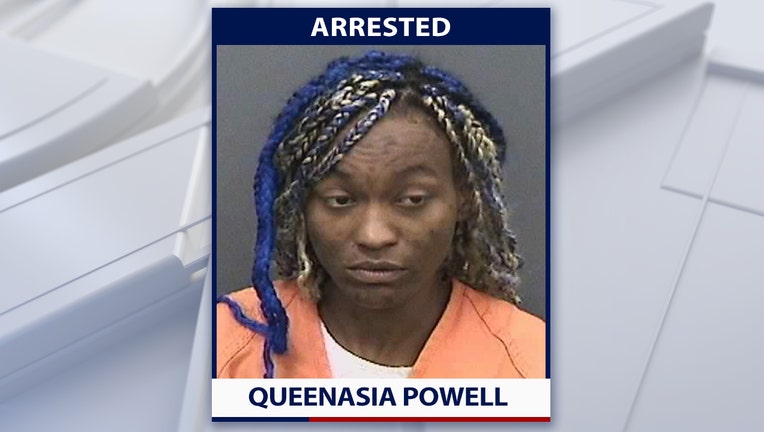 TAMPA, Fla. - Tampa police arrested Queenasia Powell, 29, after they say she hit and killed a woman around 9:30 a.m. on Wednesday.

According to police, Powell was in the driver’s seat of a gray Honda Accord when she placed the vehicle in reverse and accelerated backward. Police say that’s when she struck an adult female and dragged her under the car.

Powell got out of the car, pulled the woman from under the vehicle, and though she saw the woman had serious injuries, Powell fled the scene without rendering aid and the woman died, according to TPD.

Powell was arrested a short time later and charged with DUI manslaughter, leaving the scene of a crash with death and driving without a valid driver’s license with death.