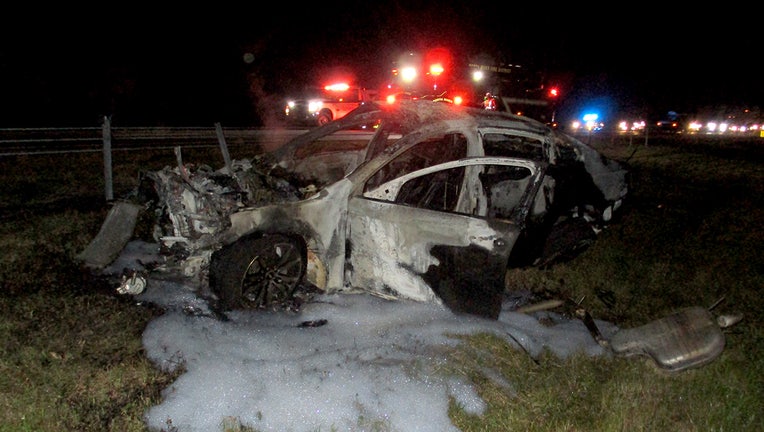 TERRA CEIA, Fla. - Troopers say a Tampa woman survived a fiery crash with a gas tanker that she caused by veering into the truck while drunk.

According to the Florida Highway Patrol, the crash happened around 2:40 a.m. along Interstate 275’s northbound lanes in Manatee County. The 28-year-old woman swerved her car into the back of the tanker truck; the car then left the road, flipped over, hit the cable barrier in the median and burst into flames.

The woman, whom troopers did not name, suffered minor injuries but survived. She was arrested for driving under the influence.

The truck driver was not hurt.