Motorcycle gangs in shootout on Interstate 4 in Polk County

LAKE ALFRED, Fla. - After midnight, a shooting broke out between two motorcycle gangs along a stretch of highway in Polk County. One of the two who were shot will likely not survive, said Sheriff Grady Judd.

Early Friday morning, the eastbound lanes of I-4 were shut down for hours. There was a half-mile trail of empty casings, investigators said.

"I want to take you back to the 1880s, do you remember watching the old westerns where the outlaws were chasing each other through the countryside, shooting each other?" asked the sheriff. "The same thing happened last night, except the outlaws…were on motorcycles."

Around 12:15 a.m., deputies said they responded to the eastbound lanes of Interstate 4, near the U.S. Highway 27 overpass for a reported single-vehicle motorcycle crash. 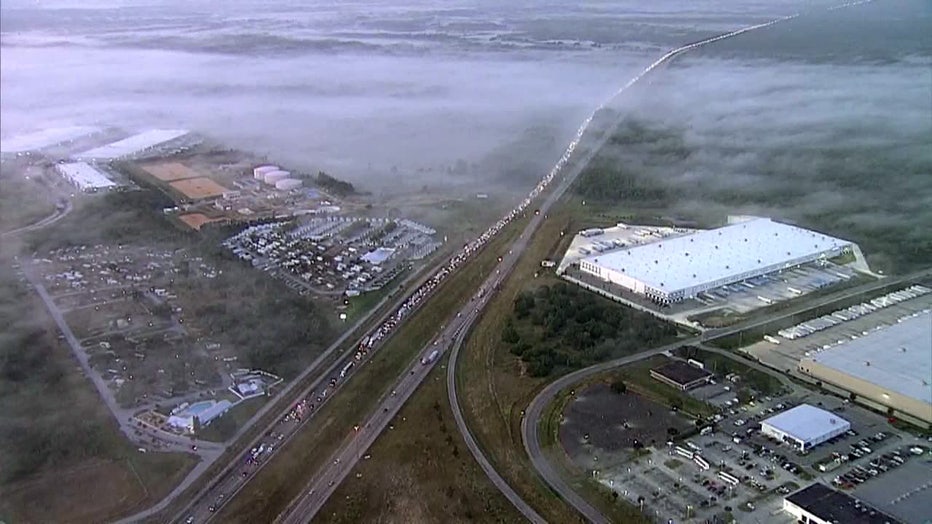 Headlights reveal the traffic backup along I-4.

They said a 33-year-old woman from Brevard County, the passenger on the motorcycle, fell off and had a gunshot wound. The woman was taken to a hospital.

"She is going to die," the sheriff explained late Friday morning. "She is mortally wounded."

The driver, 38-year-old Ronald Donovan who is also from Brevard County, refused to cooperate with the investigation, but preliminary evidence shows he fired the first shot, Judd said. 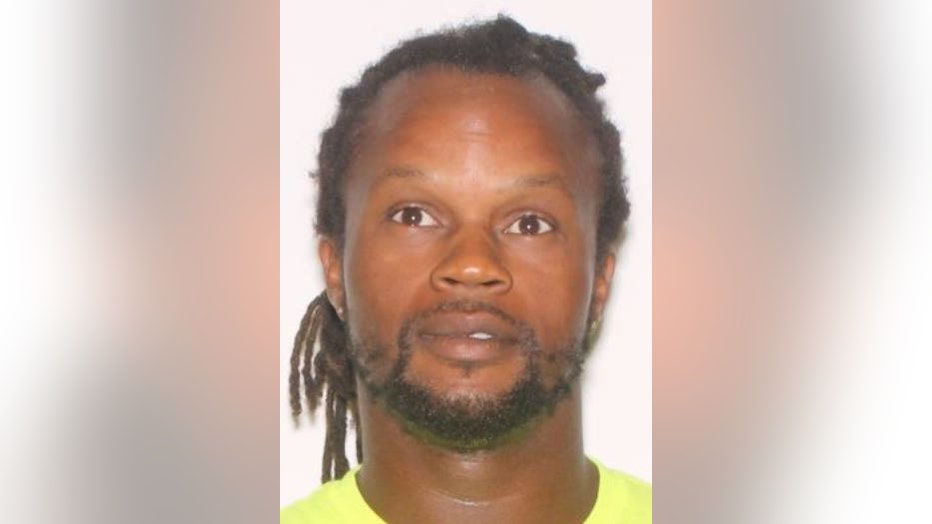 Donovan is a member of the Sun City Deciples gang, the sheriff explained. He was heading east with his girlfriend, along with at least two other motorcyclists.

"When along came two Thug Riders, a different gang, and passed them," Judd said, emphasizing the investigation is still in the early stages. "Well, apparently that didn’t work so well, there was some skirmishing and driving at about 100 mph." 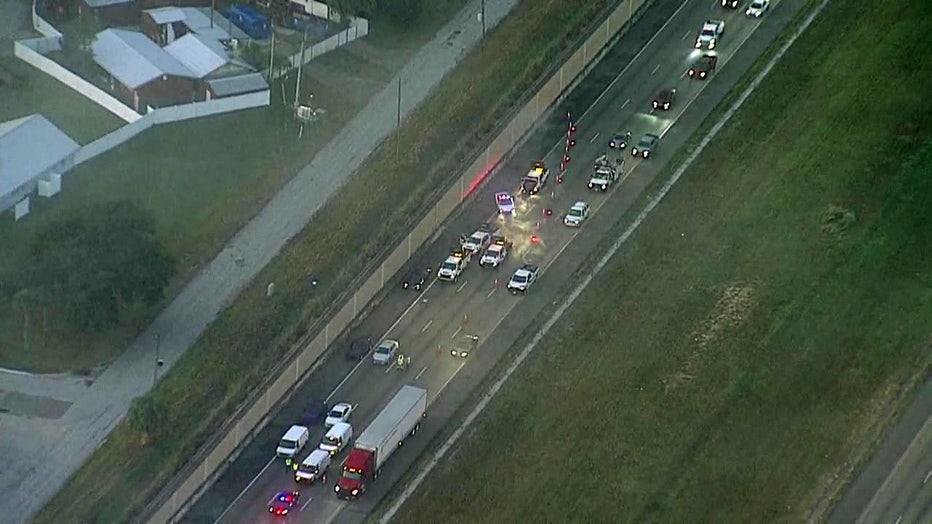 That's when Donovan fired his gun from his motorcycle, shooting one of the Thug Riders. During the investigation, the victim said he felt a "sharp pain the back as I was shot. I immediately returned fire."

A bullet struck Donovan's female passenger in the head, and she fell off the motorcycle.

The male shooting victim, who is from Osceola County, drove to the Champions Gate exit, stopped at a Papa John's near the intersection of Lake Wilson Road and Osceola Polk Line Road, and dialed 911. The sheriff's office also received other 911 calls about the shooting on the highway.

Deputies were sent to both locations and determined a crash did not occur.

Deputies noticed a motorcycle leaving the scene. They suspect the driver had the firearms and was carrying materials showing the gang colors.

When they arrived, Donovan had two empty gun canisters. Deputies said when they tried to interview him, he said, "I know my rights. I don't have to talk to you."

"Dude, your girlfriend is just shot off the back of your motorcycle…and you won’t cooperate to tell us what happened?" Sheriff Judd said during a press conference. "OK, we'll see how that works for you."

The eastbound lanes of I-4 were shut down during the investigation for about three hours and didn’t fully reopen until 9:30 a.m.

"At this moment in time, and I’m cautious, it appears to me that victim 1, who was shot in the back, was acting in self-defense when he returned fire…striking victim 2," Grady said.

As of now, it appears this was not a retaliation act. Detectives said both groups were leaving Tampa but were not at the same place.

"They did not have a rivalry going on," the sheriff explained. "It just happened that the Thug Riders passed the Sin City Riders and that didn’t work so well. You had a rush of testosterone and a rush of ideocracy."

"She’s a beautiful young 33-year-old lady who is near death and her boyfriend is locked up…we got another guy shot in the back. It’s just craziness," Sheriff Grady said. "Fortunately, because it was midnight and the interstate was not packed, so there was room for bullets between cars. Had it been right now, it would’ve been a whole different story."