TAMPA, Fla. - In the years since the death of 14-year-old Andrew Joseph III, law enforcement has tried to make Student Day at the annual fair safer.

However, for the teen’s family, they said the changes are too little too late. They said their son should still be with them today, and they want the Hillsborough County Sheriff’s Office to be held accountable.

Back on February 7, 2014, it was Student Day at the Florida State Fair. There was a commotion between several teenagers, leading to Andrew Joseph III being detained, then kicked out along with 99 other teens. 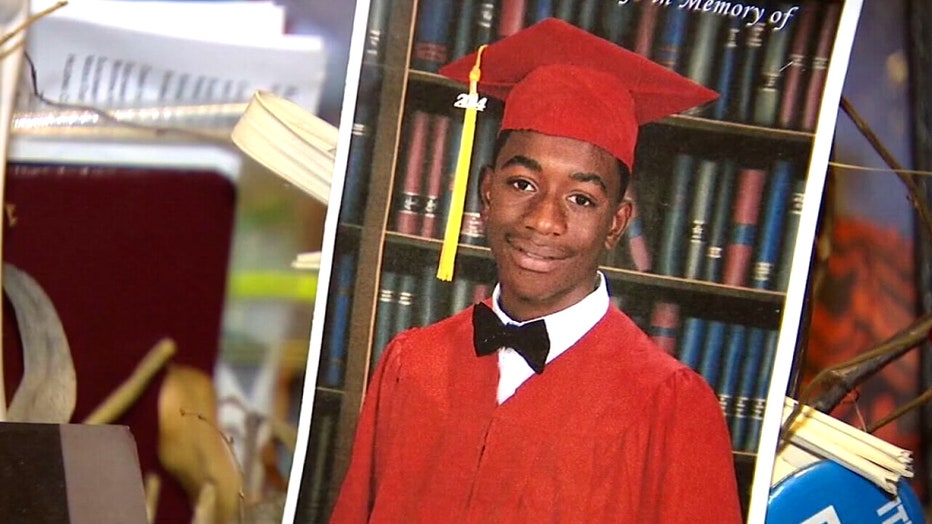 PREVIOUS: 'His name and legacy are going to be part of Tampa forever,' Andrew Joseph III's father says

But the 14-year-old’s parents said they were never notified, adding that their son was negligently left alone after being kicked out.

From 2017: Father of teen hit outside fair wants more rules

On the three-year mark since 14-year-old Andrew Joseph, III was killed outside the Florida State Fairgrounds on Student Day, his father took his concerns to the school board, pleading for officials to start requiring parents to sign a consent form before giving students free tickets to the fair.

Joseph then tried to cross Interstate 4, but he was tragically hit and killed by a car.

Since that tragic night, his family has been fighting for HCSO to be held accountable for how things were handled.

However, the family said the road to trial hasn’t been easy as the department has repeatedly invoked qualified immunity, a law that protects officers from civil suits and also keeps information from being released.

But the department had its latest appeal denied in late 2021, giving the Joseph family the break they’ve been waiting for.

FROM 2017: Father of student hit, killed outside fair asks for stricter rules

Now, their wrongful death lawsuit will head to trial.

HCSO said the agency has since taken steps to make Student Day safer for the kids in attendance. Students are no longer allowed to be at the fair without a parent after 6 p.m. Security has also been stepped up with officers on high platforms throughout the fairgrounds along with cameras to help deputies keep an eye on everything going on.

There’s also a tent outside the entrance to make sure any teen asked to leave has a way to contact their parents.

As the case headed to trial in federal court Monday, Black lives Matter and other activists gathered outside the courthouse in Tampa as jury selection began. The sheriff's office had no comment on the litigation.