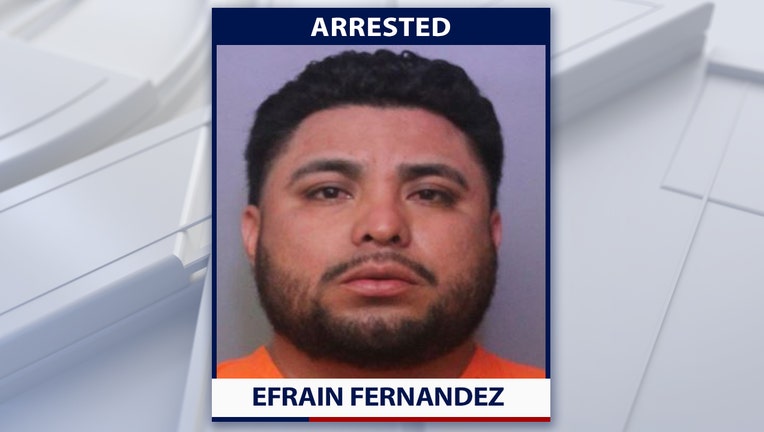 According to the Florida Highway Patrol, Fernandez was traveling south in the northbound lane shortly after 3 a.m. when the trooper saw him coming head-on toward his patrol car. The trooper says he activated his emergency lights and siren to stop the vehicle and prevent a crash.

The trooper says Fernandez drove over the curbed median to enter the southbound lanes and the trooper conducted a traffic stop.

According to FHP, the trooper approached Fernandez’s vehicle from the passenger’s side and said he saw multiple empty Corona beer bottles and an open one with beer still in it.

The trooper says he explained to Fernandez why he pulled him over and said Fernandez told him that he was confused. That’s when the trooper said he approached the driver’s side of the vehicle and reported that Fernandez had bloodshot, watery eyes and he smelled of alcohol. The trooper asked Fernandez to do field sobriety exercises, but he refused.

Bartow police officers arrived to assist and say they noticed the same signs of impairment, including slurred speech. Fernandez told officers that he changed his mind and would do field sobriety exercises, which he failed.

Fernandez was arrested for DUI and taken to the Polk County Jail where he was asked to provide a breath sample and refused.