Bodycam footage shows the arrest of an 18-year-old Florida man accused of shooting at woman's car seven times during a road rage fit.

According to Volusia County Deputies, a woman said she was traveling southbound on SR 415 on Thursday when she was "approached from behind by an erratically driven car with no headlights on." The woman said the man's unsafe driving caused a nearby car to drive onto the shoulder to let it pass.

The man, who was later identified as Bryan Holmes, of Deltona, then tried to drive between that car and the woman's car, hitting her rear bumper in the process.

Deputies said Holmes drove alongside the woman's SUV for several minutes before opening fire out of the driver's window.

The woman's car was struck seven times, deputies said. She was not injured.

MORE NEWS: 'What's up with that?': Florida student caught driving 116 mph so he wouldn't be late for school

Detectives said they were able to identify Holmes' car using License Plate Reader technology and were at his house within 30 minutes of the shooting.

Deputies approached Holmes around 8:25 a.m. as he tried to back out the driveway at his home. 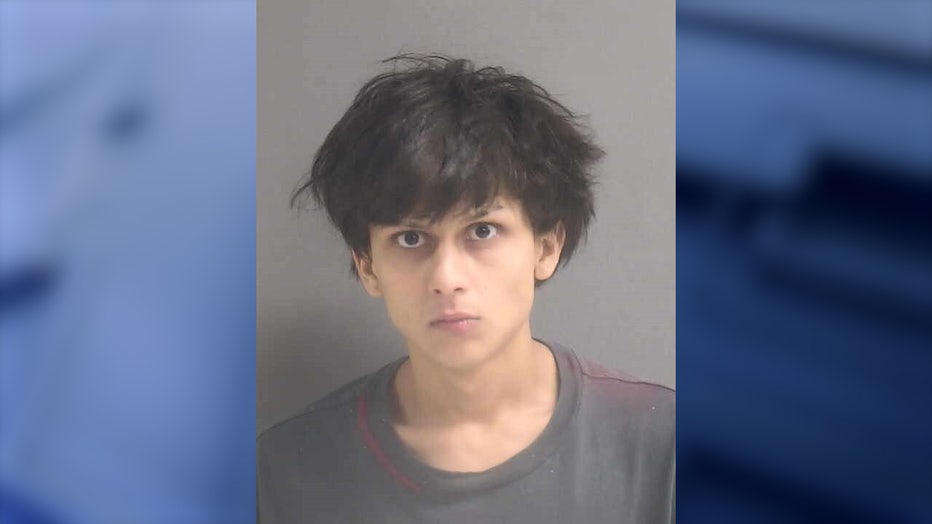 Photo is courtesy of the Volusia County Sheriff's Office

"You freakin' stupid?" the deputy is heard asking Holmes. "You a freakin' idiot?!"

Deputies said Holmes still had the gun on him when they arrested him.

When interviewed by detectives, Holmes said the woman he shot at cut him off in traffic. He also told detectives he fired several rounds into the car in an attempt to hit the tires and "disable the vehicle."

Holmes was arrested for aggravated assault with a deadly weapon, discharging a firearm from a vehicle, shooting into an occupied vehicle, and possession of a concealed weapon used in the commission of a felony by a person under 24.

Experts tell FOX 35 News that these incidents are on the increase.

A study just released in July found gun deaths and injuries in road rage incidents nearly doubled between 2017 and 2021.

"Road rage a few years ago used to be you’d drive down the road and someone would blast their horn at you or give you a hand sign and that was about where it ended. But now, road rage has taken on a completely new connotation," said Karl de la Guerra, an International Security Consultant.