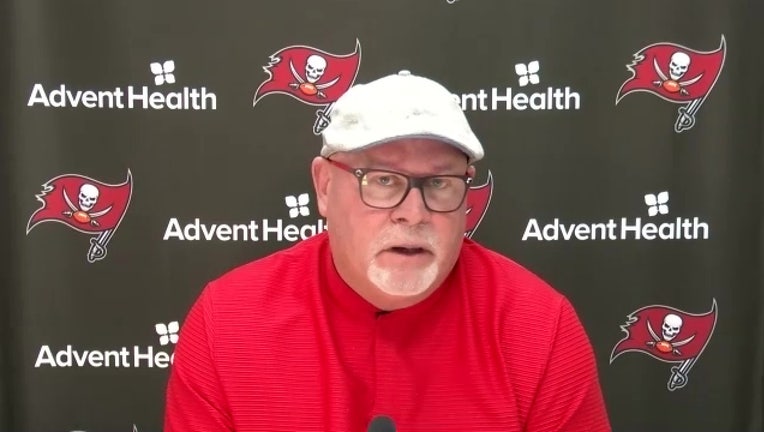 TAMPA, Fla. - NFL owners approved a new 17-game season today during the league's annual meetings. The new schedule will go into effect this season, so that means the preseason will shrink to three games.

The extra game for the Buccaneers will be on the road this year against the Indianapolis Colts.

Bruce Arians knew it was coming. He's embracing it and is ready for it, but he hopes the NFL schedule makers bless them with a favorable bye week during the longer season.

"Depending on your open date, if you have an early open date on a 17-game schedule, that’s gonna be a grind in December," he offered.