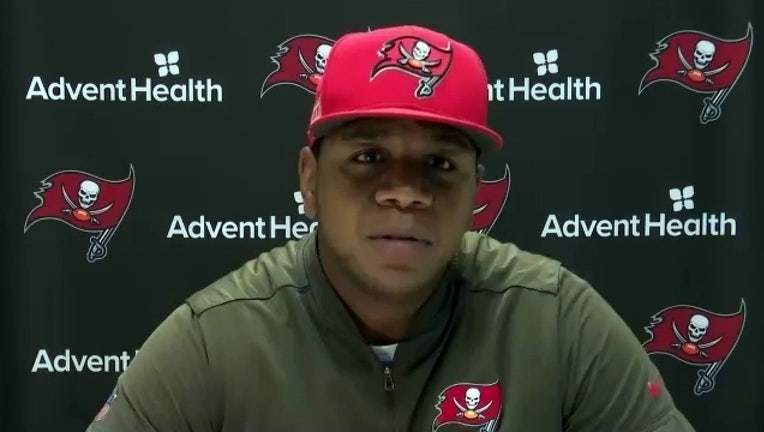 TAMPA, Fla. - Diversity matters to the Tampa Bay Buccaneers, the first team to reach the Super Bowl with a trio of Black assistant coaches serving as coordinators.

Coach Bruce Arians didn’t stop there in forming a staff to help him transforming a perennial last-place franchise into championship contenders two years ago.

Seven other assistants are Black, too. And, the NFC champions have two women on a coaching staff that’s proud of its diverse makeup.

"I don’t know if I’ve ever been a part of anything like this. This is unique. This is different. This is not the norm in this league or how coaching staffs look across the league. It’s a blessing that B.A. (Arians) has the view that he has," Leftwich said.

Byron Leftwich was a young quarterback in his second NFL season when he led the Jacksonville Jaguars into Green Bay in December 2004. He returns this weekend, a little more than a week after his 41st birthday, as the offensive coordinator of the Tampa Bay Buccaneers.

"I just hope no one believes that he’s just giving us anything. If you know him, you know he’s not giving you anything. You’ve got to earn everything that you pretty much get from him," Leftwich added. "Nobody’s been given anything. Everybody’s earned this."

Leftwich was a first-round draft pick in 2003 and played quarterback in the NFL for 10 seasons. He was enjoying what he referred to as "civilian life" when a persistent Arians lured him off the golf course into coaching with the Arizona Cardinals.

The 41-year-old offensive coordinator said the fact the Bucs are in the Super Bowl facing Patrick Mahomes and the defending champion Kansas City Chiefs is proof "everyone’s doing their job ... putting us in position to have an opportunity to be in this type of game."

The Bucs led the league is passing offense and ranked No. 3 overall in 2019, Leftwich’s first full season as an offensive coordinator.

With Brady replacing Jameis Winston at quarterback this season, the offense became much more efficient without sacrificing production.

Brady threw for 4,633 yards, 40 touchdowns and just 12 interceptions. Entering the Super Bowl, the Bucs have scored 30 or more points in six straight games, the longest stretch in team history.

"I’m just happy B.A. has the view that he has. Hopefully more people will start to see it should be about opportunity, it shouldn’t really be about skin color," Leftwich said. "It should be about if you’re capable of doing the job."

Arians, who came out of retirement to accept the Bucs job two years ago, said he simply assembled a staff of the best coaches he knows.

"A player is going to ask a coach, how are you going to make me better? He really doesn’t care if the answer comes from a male, a female, Black, white, brown, yellow, whoever. Just help me better. ... If you can teach, you can coach," Arians said. 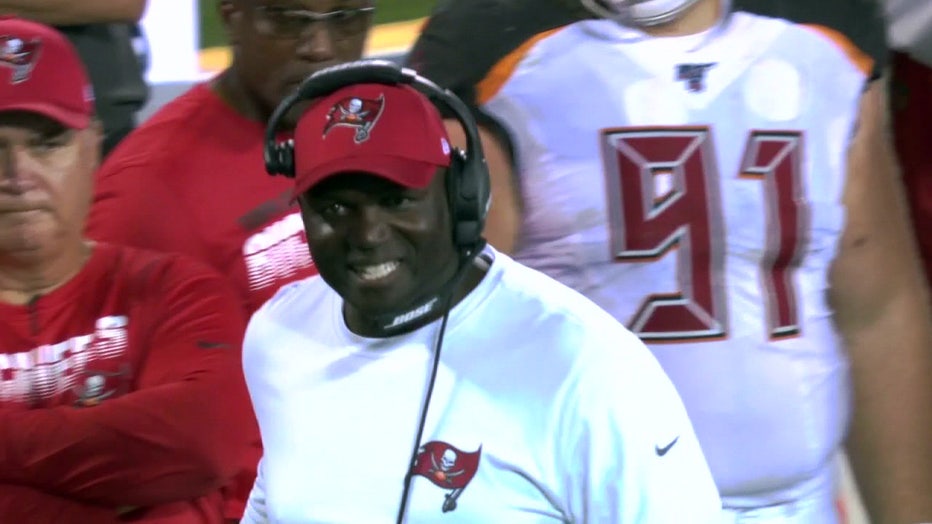 Bowles played for Arians in college at Temple and was defensive coordinator in Arizona for part of Arians’ head coaching stint with the Cardinals. Bowles was fired as head coach of the New York Jets shortly before Arians accepted the Tampa Bay job.

Under Bowles’ guidance, the Bucs have led the NFL is rushing defense each of the past two seasons. In addition, the team has improved from 27th in total defense in 2018 — the year before Bowles’ arrival — to sixth this season.

"He assembled a very diverse staff of people that are very good at what they do and collectively work well together," the defensive coordinator added. "That’s the biggest thing that you get out of all this. We’re all in it as one. We all have our own niche to make the team better."

Thanks to Tampa Bay coach Bruce Arians, there are twice as many women to help with the ensuing media attention as the Buccaneers play in the Super Bowl.

Arians thinks Leftwich, Bowles and Armstrong, who also played for him at Temple and has been a special teams coordinator in the NFL with the Bears, Dolphins and Falcons, should be considered for head coaching vacancies.

Bowles interviewed for two openings that were filled last month. Leftwich didn’t receive any invitations from clubs searching for a new coach.

"I was really upset that Byron didn’t get one because I think he’s everything supposedly they’re looking for — a quarterback, a play-caller, and he’s African American and a great leader," Arians said.

"I’m going to throw Keith Armstrong into the mix. I think all those guys should be getting interviews for head coaching jobs," Arians added. "Maybe next year."