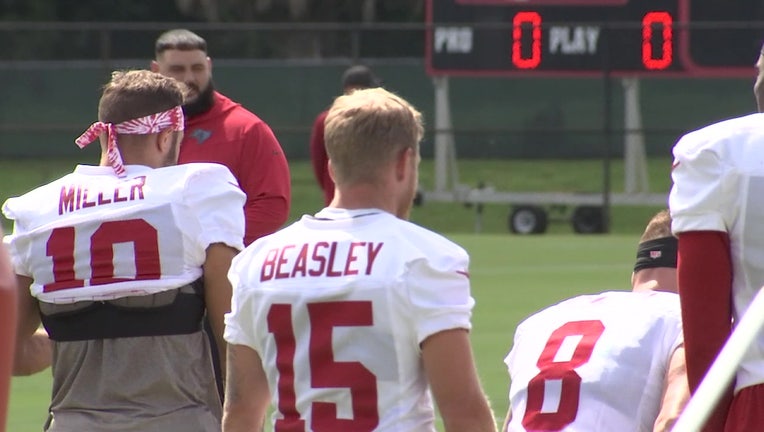 TAMPA, Fla. - The first two weeks of the season have taken a toll on the Tampa Bay Buccaneers high-powered offense. They're now without three of their top wide receivers.

There's a cause for concern as quarterback Tom Brady has to rely on the team's backups, but wide receiver Russell Gage has been in this situation before. Gage said he's not feeling the extra pressure to fill the void.

"I have a job to do every week, and I'm going to go out and execute it to the best of my ability," Gage said.

"I've been wanting to play with [Tom] Brady for a long time," said Beasley. "It's exciting for me, excited for the opportunity." 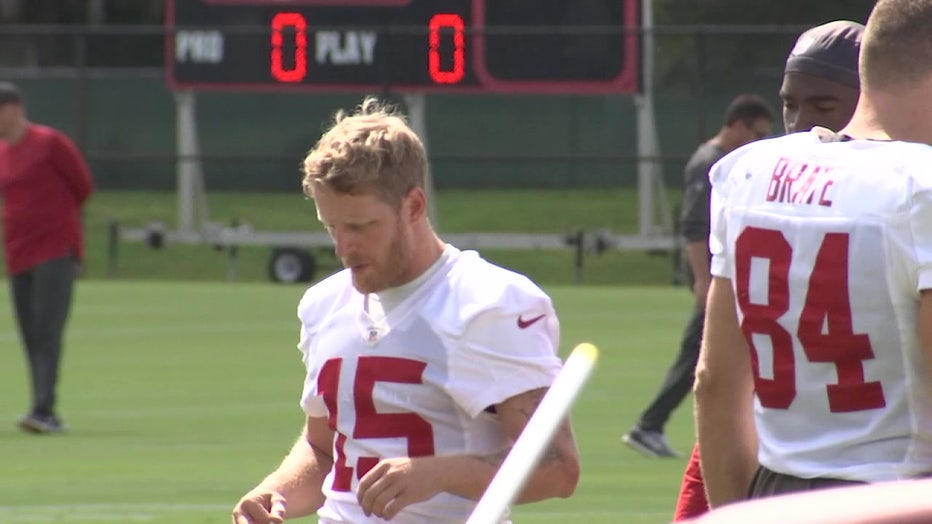 It was reported that Brady pushed the Bucs to go out and sign Beasley to add some more veteran experience. It actually was just the opposite. Beasley admitted that he slipped into Brady's DM's, direct messaging him on Instagram.

"I'm going to be honest," laughed Beasley. "I've been hitting him up a lot."

The Bucs can't afford to absorb another blow at the wide receiver position. But if they do, is there a defensive player that's talented enough to play both ways?

READ: It's costs nearly $950 for family of four to attend a Bucs game, second highest among NFL teams, survey says

"He has great hands, and he has great receiver hands," said Bucs Head Coach Todd Bowles. "But with the lineman almost catching him, no."

Bowles prefers that he doesn't have to find out.