TAMPA, Fla. - After years of tangling with Tom Brady, Buccaneers defensive tackle Ndamukong Suh is enjoying sharing a sideline with his new teammate.

"I've had a lot of interactions with him, not always on the positive side because I'm usually chasing him down, or hitting him," Suh said Friday. "We've definitely chuckled at some big hits and some (of the) times he's gotten away from me."

Suh, a free agent this past offseason, admitted that Brady signing in Tampa influenced his decision to return to the Bucs. Another factor was Suh's side of the ball. The Bucs return most of a defense that lead the league in stopping the run. Suh expects more of the same in 2020.

"I think our strength will continue to be stopping the run," Suh told reporters. "That starts up front with myself, Vita (Vea), Will Gholsten, as well as the linebackers Levonte (David), and Devon (White).

With fewer than five sacks in each of his past three seasons, Suh isn't known for racking up sacks, unlike teammate Shaquil Barrett, who recorded a franchise-record 19.5 sacks in 2019. 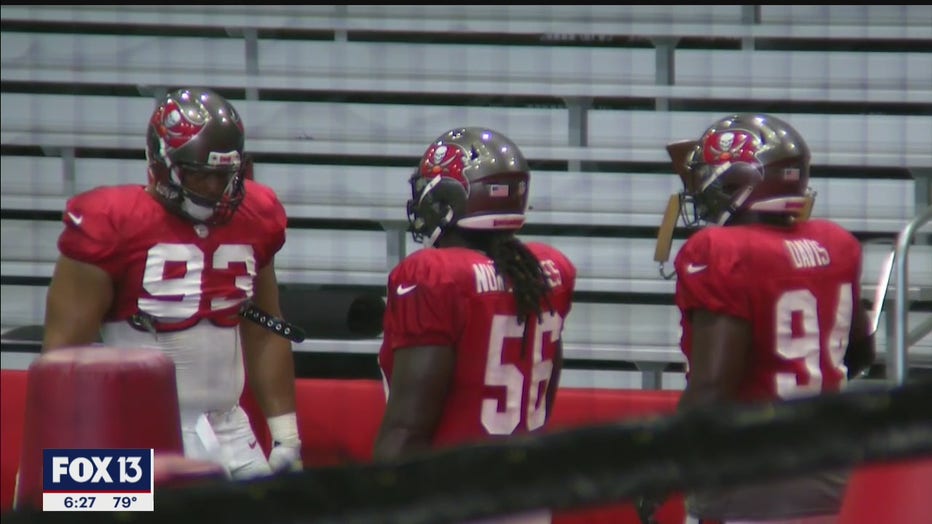 "He still gets a lot of attention inside so his presence helps open it up for everybody," defensive line coach Kacy Rodgers said of Suh. "We just want the sack. We don't really care who gets it."

While Suh is happy taking on all the double teams and doing all the gruntwork so other guys can put up big sack numbers, he's hoping his teammates’ success will lead to less work in 2020.

"I’m hoping because of Shaq's amazing your last year ... that people start to forget about me and don’t slide to me," Suh joked. "I would love to see a lot more one-on-ones and take advantage of those."

"As long as were winning, I’m happy."