Two games into the season, only Howard has found the end zone. Gronk, who caught 99 passes in his last two seasons in New England, has only two receptions for 11 yards.

After seeing seven dropped passes against the Panthers, Tom Brady may be a little more selective on who he throws to, but fixing the issue is paramount for this offense’s success.

"Concentration,” continued Arians. “You dropped the damn ball. You can go get on the JUGS machine [or] you can beat yourself up about it. You wouldn't be here if you couldn’t catch, so fix it.” 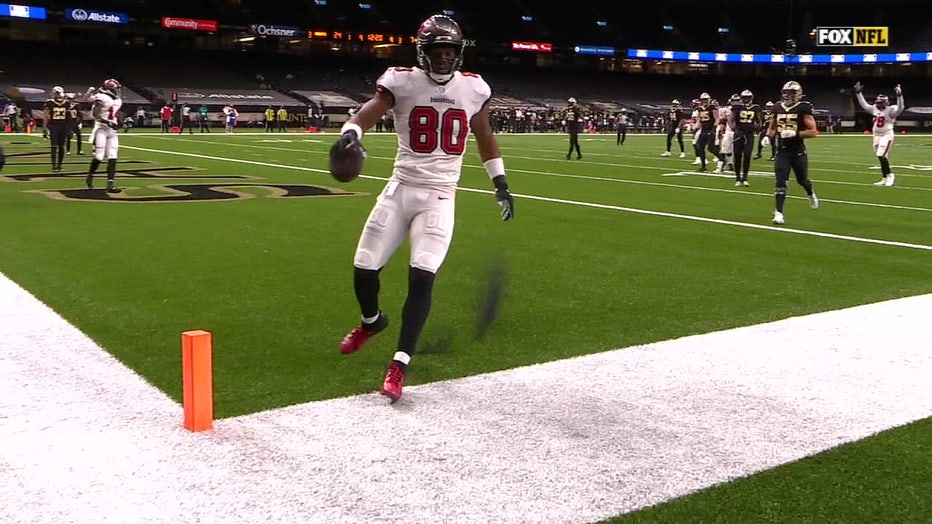 O.J. Howard is the only Bucs tight end with a touchdown so far.

The Bucs have not had a "closer," a punishing running back that could close out games in the fourth quarter, since they days of Mike Alstott. Despite Leonard Fournette's fourth-quarter success against the Panthers, Coach Arians is not about to crown Fournette their "closer" just yet.

“He did it once – hopefully we can continue that trend,” said Arians. "We’ll see if he is just that. He did it last week for us and it’s a luxury to have three backs the way we have. I like Ke’Shawn [Vaughn], too. It’s a luxury to have a guy that has been there and done it.”

After Sunday's game against a winless banged-up Broncos teams, all of these concerns could be put in the past.