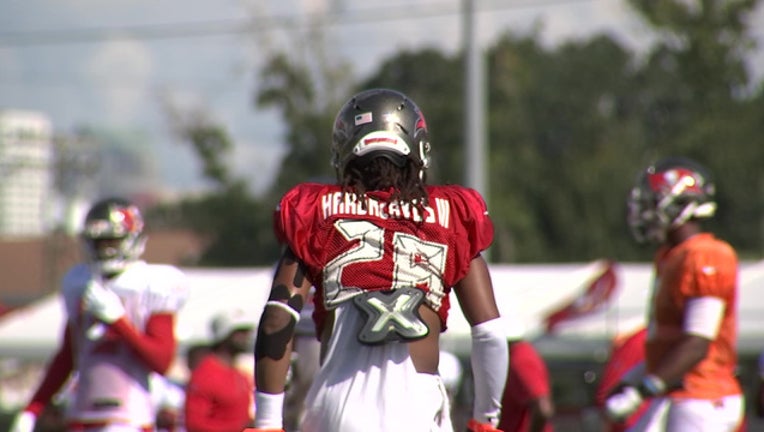 TAMPA, Fla. - Vernon Hargreaves' first three seasons in the NFL have not lived up to expectations.  The 11th-overall pick in the 2016 draft has just one career interception. Injuries have limited him to just 10 games over the last two seasons.

Hargreaves is healthy now, and he’s looking like the player they drafted out of the University of Florida.

“We're doing what we do best,” said Hargreaves. “It’s simple, we get to fly around and that’s what Coach [Todd ] Bowles wants us to do. Keep it simple, fly around and make plays.”

Health has not been the only thing that has prevented Hargreaves from shining. There is a belief that the scheme he played in under Dirk Koetter just wasn’t the right fit. Hargreaves likes what Todd Bowles is asking of him: Play aggressive and get in the opponent's face at the line of scrimmage.

“This is what I do,” added Hargreaves. “This is why I was drafted here. To get up and challenge guys, challenge routes and make plays.”

Being placed on the injured reserve after just one game last season left Hargreaves with a lot of time for soul-searching. He spent the offseason preparing physically like he normally does, but Hargreaves believes getting his mind right for year four is most important.

“It’s just a mindset,” said Hargreaves. “Getting after it every day. Keeping your body right, eating right, drinking right, making sure you’re hydrated. Little things like that, but up top, I’ve got to be right. I’ve got to be solid and I’m getting there.”

Sitting out nearly the entire season last year for the first time in his football career was frustrating, especially watching his team lose and hearing the chatter of failed expectations.

“Nobody likes to lose,” added Hargreaves. “I’m not a loser, but I’m back now. I'm happy. I'm ready to go, so we're moving forward.”