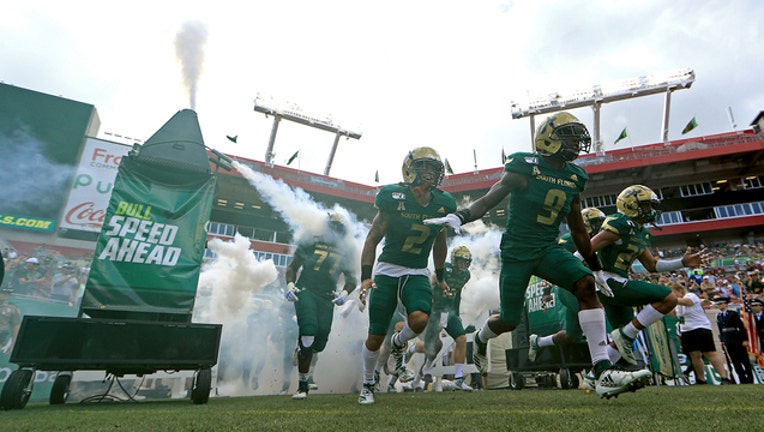 TAMPA, FLORIDA - SEPTEMBER 28: The South Florida Bulls take the field during a game against the Southern Methodist Mustangs at Raymond James Stadium on September 28, 2019 in Tampa, Florida. (Photo by Mike Ehrmann/Getty Images)

UConn President Thomas Katsouleas (KAT'-soh-lay-uhs) said while the risk is low, the school wanted to take reasonable steps to reduce exposure to the illness.

Kickoff is scheduled at noon Saturday. The game was originally scheduled for 7 p.m.

Earlier this month, Connecticut recorded the second human case of EEE ever reported in the state.

Health officials continue to urge residents to use insect repellent, cover bare skin and avoid the outdoors at dusk and dawn.